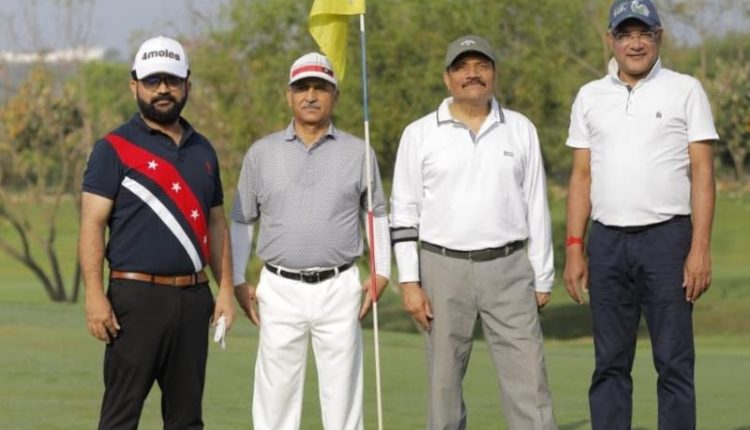 The tourney was teed off by Advisor to Lieutenant Governor, R R Bhatnagar.

The event was participated by 106 people who were honoured with goodie bags by Secretary, Jammu Tawi Golf Course.

The event was hosted by RJ Juhie of Big FM, who was the radio partner for the event.

Similarly, award for female participation was clinched by Chandra Gupta, who was the only lady to participate in the tournament. The award of honour was given to Colonel B.B.S. Bali while award for ‘Bull’s Eye’ was a tie between Shakeel Ahmed Beig and Chandrajeet Singh. Likewise, ‘Longest Drive’ award went to Vedanta Handa (General) and Shamsher (Senior) while ‘Straight Drive’ award was bagged by Dr. Anil Slathia.

Advisor Bhatnagar congratulated the management of JTGC for successful conduct of the mega event especially the contribution of its Secretary, Manav Gupta.