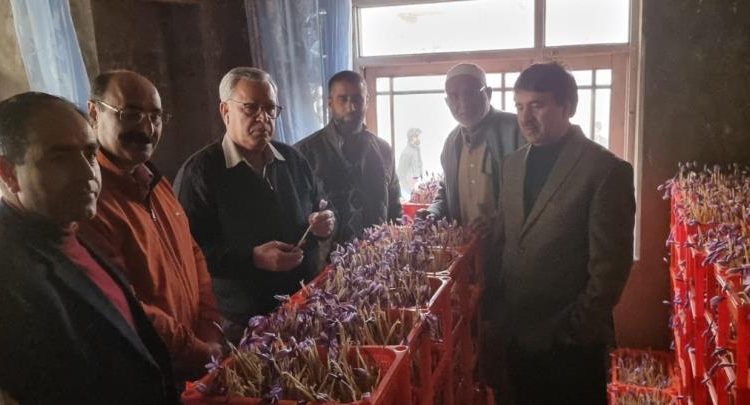 PULWAMA : Advisor to Lieutenant Governor, Farooq Khan, today inaugurated the first of its kind indoor saffron garden in Pulwama during his extensive visit to the district.

Advisor Khan reiterated government’s commitment for popularization and promotion of saffron grown in this part of the country. He said that saffron, being the golden spice, has a market potential to cater to the growing demand at national and international level.

While lauding the efforts of department of agriculture and other stakeholders towards promotion of this heritage crop, he said that saffron is the identity of J&K and several initiatives are being launched for increasing its production and productivity manifold. He told the farmers present at the event to replicate the model of growing indoor saffron for economic stability, sustainability and prosperity of saffron growing farmers in particular and the UT of J&K in general.