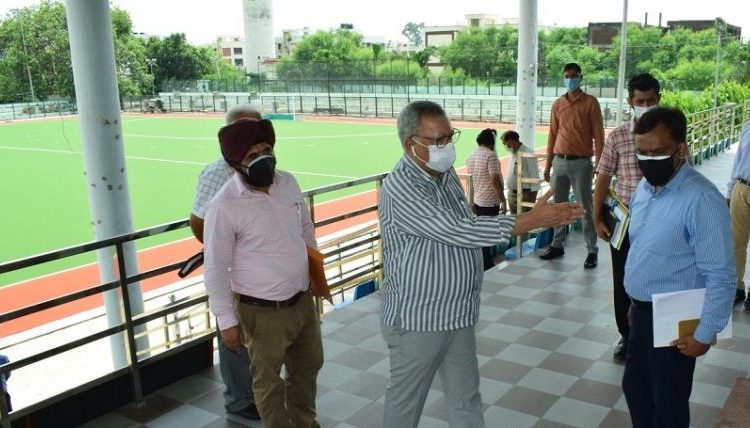 While inspecting the ongoing works, Advisor Khan directed the engineers of the Sports Council to complete the project within the given timeline so that the facility is dedicated to public at an earliest.

The Advisor further asked the officials of the council to complete the remaining components of the work within the deadline. He also pointed out certain deficiencies and asked them to remove them so that the stadium is equipped with all the modern facilities. He also emphasised on landscaping of the stadiums, installation of modern electronic and electrical systems as per FIH norms so that the stadium is fully geared to host day & night matches there. He also passed on directions to install canopy over seating area besides decorative flag posts and modern electronic score boards to facilitate the spectators of the match.

The engineering wing of Jammu and Kashmir Sports Council was also directed to draft and design first of its kind DPR for water harvesting system in all the stadia of J&K to save the water for reuse.

Executive Engineer, Sports Council Jammu, Davinder Singh, Divisional Sports Officer Jammu, Ashok Singh, AEE, Imran Khan and other site engineers were present on the occasion to brief the Advisor about the works done and future prospects of developing the stadium. They assured the Advisor that all his directions would soon be turned into the reality to make this stadium a leading facility in whole J&K.