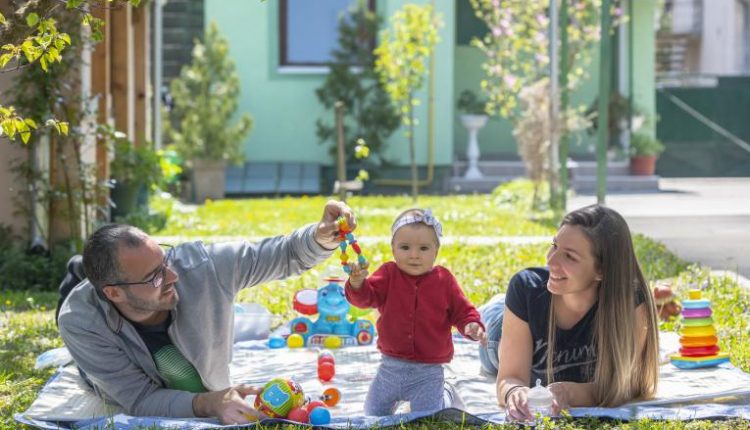 According to a new UNICEF report, Luxembourg, Iceland, Sweden, Norway and Germany rank the highest on childcare provisions among 41 OECD and EU countries

Affordable, quality childcare is inaccessible in many of the world’s wealthiest countries, UNICEF said in a new report released today. Luxembourg, Iceland, Sweden, Norway and Germany rank the highest on childcare provisions among high-income countries. Slovakia, the United States, Cyprus, Switzerland, and Australia rank the lowest.

Where Do Rich Countries Stand on Childcare? – published by UNICEF’s Office of Research – Innocenti, ranks countries across the Organisation for Economic Co-operation and Development (OECD) and the European Union (EU) based on their national childcare and parental leave policies. These policies include the accessibility, affordability and quality of childcare for children between birth and school age.

“To give children the best start in life, we need to help parents build the nurturing and loving environment that is so critical to children’s learning, emotional well-being and social development,” said Henrietta Fore, UNICEF Executive Director. “Government investment in family-friendly policies, including childcare, ensures parents have the necessary time, resources and services they need to support their children at every stage of their development.”

The highest-ranking countries in the report’s league table combine affordability with quality of organized childcare. At the same time, they offer long and well-paid leave to both mothers and fathers, giving parents a choice in how to care for their children.

Paid prenatal, maternal and paternal leave enables parents to bond with their babies, supports healthy child development, lowers maternal depression and increases gender equality. However, the report notes that less than half of countries offer at least 32 weeks of leave at full pay for mothers. When paternal leave is offered – always substantially shorter – few fathers take it because of professional and cultural barriers, though this trend is changing.

While well-designed leave helps parents during the early moments of a child’s life, once this support ends and parents are ready to return to work, childcare can help parents secure a balance between caring for their children, paid work, and taking care of their own well-being. Yet, the end of paid leave rarely coincides with the start of entitlements to affordable childcare, leaving families struggling to fill this gap.

Lack of affordable childcare is also a key barrier for parents, compounding socioeconomic inequalities within countries. In high-income households, nearly half of children under 3 years old attend early childhood education and care, compared to less than 1 in 3 in low-income households. In Ireland, New Zealand and Switzerland, a couple with an average income would need to spend between a third and a half of one salary to pay for two children in childcare. While most rich countries heavily subsidize childcare for vulnerable families, single parents with low income in Slovakia, Cyprus and the United States would still need to pay up to half of their salary.

The report notes that COVID-19-related closures of childcare facilities have pushed families of young children into further difficult circumstances. Many parents have been struggling to balance childcare and the responsibilities of their employment, while others have lost their jobs entirely.

UNICEF advocates for at least six months of paid parental leave and universal access to quality, affordable childcare from birth to children’s entry into the first grade of school. UNICEF works with governments, civil society, academics, and the private sector – which plays an important role in influencing policies – to advocate for greater investment in families.

The research brief offers guidance on how governments and the private sector can build on their childcare and parental leave policies, including through:

A mix of paid maternity, paternity and parental leave for mothers and fathers in the prenatal period and the first full year of a child’s life;
Parental leave that is gender-sensitive and gender-equitable to ensure neither parent is overburdened with home care;
Leave that is available to full-time staff and those in non-standard forms of employment, such as part-time, and support that includes costs related to birth and parental care for parents in other life circumstances, such as the uninsured;
Affordable childcare that starts at the end of parental leave, so there is no gap in available support;
Accessible, flexible and affordable quality childcare available to all children irrespective of family circumstances;
Publicly provided and regulated childcare to facilitate access to low-income families and ensure standards in provision;
Investment in the childcare workforce, their qualifications and their working conditions, to encourage the highest possible standards;
Encouragement of employers to provide inclusive and gender-sensitive paid leave entitlements, flexible work arrangements and childcare support systems; and
Alignment of childcare services with other family care policies, such as universal child benefits, to reduce the risk of children’s existing inequalities being replicated in public childcare settings.
“Giving parents the support necessary to provide children with a strong foundation is not just good social policy, it is good economic policy,” said Fore.

The report uses 2018, 2019 and 2020 data from the OECD, Eurostat and UNESCO to highlight the availability of paid leave for mothers and fathers at full-rate equivalent, as well as access, quality and affordability of childcare for children between birth and school age.

At least 33,000 children in parts of Tigray, Ethiopia, at imminent risk of death as conflict increases famine threat