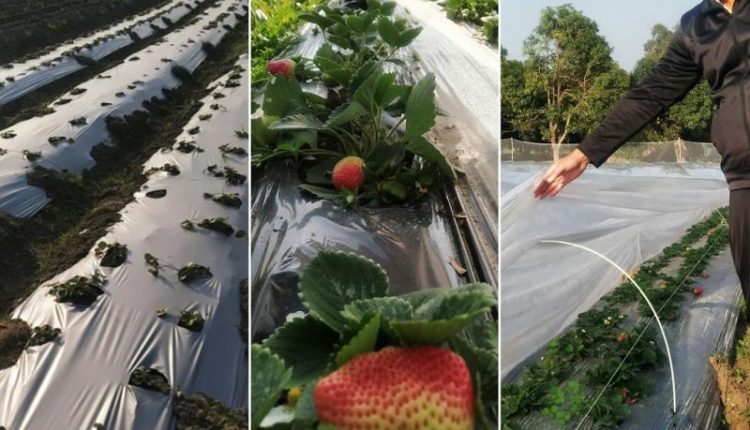 KATHUA: A soldier never accepts defeat, after a glorious tenure in Indian Navy, Dheeraj Kumar began with second innings as Agriprenuer. Besides making handsome income, he has become talk of the town because of his progressive vision to tap Horticulture potential which is a deviation from what people usually prefer.

Many farmers are quitting agriculture nowadays and moving to cities in search of better livelihood. Under these challenging circumstances, Dheeraj Kumar coming from an entirely different background has become a role model for many aspiring Agripreneurs especially the youth who are looking forward to make fortunes in Agriculture & Allied sectors.

Crediting his success to the District Administration, Dheeraj Kumar expresses his gratitude to the Department of Horticulture Kathua for providing Financial as well as technical assistance & support besides acquainting him about the tailor made schemes.

According to Horticulture Office Kathua, the Progressive farmer Dheeraj Kumar hailing from Haripur Village of Border Sub Division Hiranagar has cultivated strawberries on a field measuring 22 Kanal. With the handholding of the department, he has cultivated 03 different varieties viz. Camarosa, Winter Dawn & Nubila.

In addition to this, the department has also provided the subsidy to the farmer on purchase of power tillers and installation of the drip irrigation system.

Hailing the efforts of the govt, Dheeraj Kumar said that the enhancement of the amount of subsidy to Rs. 13000/kanal from the earlier ceiling of Rs. 3125/Kanal has come as a shot in arm for new comers like him. This is a huge relief for the farming community as it will make the sector more lucrative for the aspiring agripreneurs.

Sharing his success story, Dheeraj Kumar said that he has engaged around 10 people for levelling, picking, packaging and transport purposes, which he termed as a gratifying experience as offering the avenues of employment to the locals has given him great happiness.

Full of confidence, Kumar said that he is supplying his produce to the Big Malls and Business houses viz. Jammu Basket, Easy Day, Big Bazar, Markets in and around Pathankot and areas in the periphery of Punjab adjoining Kathua.

“I am also exploring the option of Online selling of the produce and is in talks with a few e-commerce platforms as well” he said .

A winner of Horticulture Expo Jammu Award, Dheeraj Kumar said that there was no looking back for him after he opted for the State of the Art technology viz drip irrigation which besides lowering the water dependency ensures More Crop Per Drop.

Advocating the use of Technological knowhow for improving the yield, he said “All is Well in mixed farming” and called for adoption of best practices and deviating from the traditional methods of cultivation which focuses on only single crop to mixed farming which offers better dividends for the same input. He also suggested the use of Neem based pesticides which are organic in nature and rules out the chance of carcinogens in the produce.

Jubilant over his achievement in a short stint, Dheeraj Kumar narrated that over 200 farmers from different parts of the J&K have visited him to have first hand information and to use his experience to turn their fortunes as well.

In light of the revamped schemes and subsidies offered by the govt in Agriculture & Allied Sectors, there is an ample scope for the youth as well as the farmers who aspire to become agripreneurs and to go back to the agriculture sector which has a tremendous potential to transform the economy of J&K, he added.