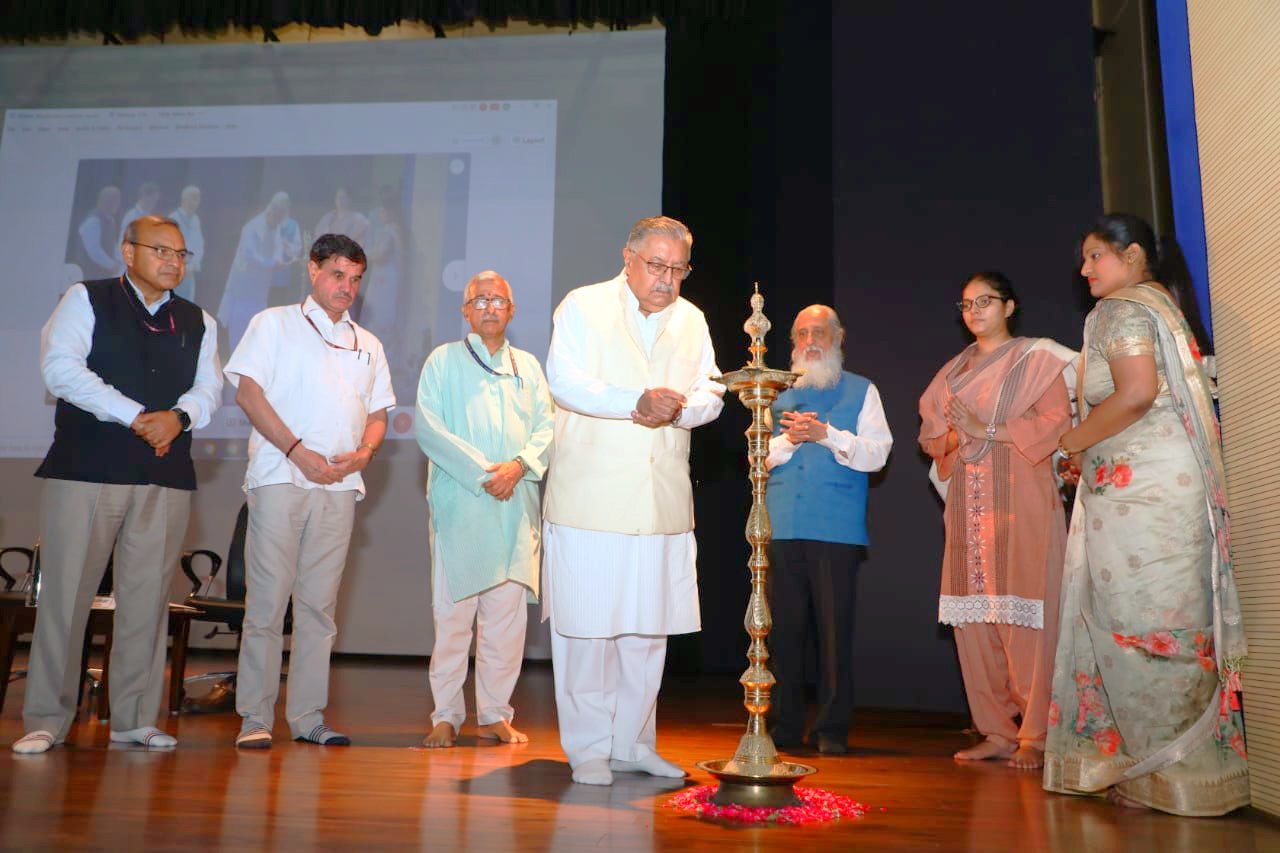 New Delhi : Realizing the dream of making engineering accessible to students of all Indian languages, The All India Council for Technical Education (AICTE) is undertaking a massive mission to make technical courses available in non-English languages. To shed light on the same, it organized an enlightening a day-long conclave on Implementation of National Education Policy (NEP) 2020: Facilitating Engineering Education in Indian Languages’ on July 15, 2022 at the AICTE headquarters in New Delhi.

The Conclave aimed to encourage interactions with the Vice-Chancellors of technical universities, Directors of NITs and professional bodies like the Indian National Academy of Engineering (INAE) to spread awareness about technical education in the Indian languages. In alignment with the National Education Policy (NEP) 2020, AICTE aims to make engineering accessible to speakers of all major indigenous languages.

“Language is a powerful medium to reach the last person standing and give students the confidence to learn better in their own language. Language should not be a barrier in learning. After the first year, we are ramping up our translation and writing in Indian languages for second and further years of engineering. It is getting even more intense as subjects diversify and electives come in,” said Prof. Anil D. Sahasrabudhe, Chairman, AICTE.

“Language and education are closely interlinked. NEP 2020 talks about education as well as language. We must encourage learning in the original language a child is born in. Moreover, in the past few years, we have trained 50,000 educators in universal human values who go beyond the curriculum and impart basics of humanity and civilization,”  said Prof M P Poonia, Vice-Chairman, AICTE.

Notably, AICTE has initiated technical education in Indian languages in the year 2021-22 to decentralize the availability of study material in only English. About 20 institutions had started programs at Under Graduate and Diploma levels in six languages, i.e. Hindi, Marathi, Telugu, Kannada, Tamil & Marathi, across ten states in which 255 students were enrolled.

“Translations using digitized tools can help in speed and scale of the project, but the human mind is needed for review of the translation quality. We must prepare educators and principals to review them. 90 percent of our GDP does not come from the use of English, but from the local languages. More than teaching language, we must teach through language. We must revive traditional knowledge systems and our Indian roots through language. I highly respect this initiative by AICTE,” said Prof Chamu Krishna Shastry, Chairman, High Powered Committee for the Promotion of Indian Languages, Ministry of Education.

Santosh Kumar Taneja, Samkalp Foundation Trust, New Delhi, said, “There’s a widespread belief that Indian languages cannot take you ahead in life. It’s a great injustice to our Indian languages that we don’t let our students pursue higher education in it. Out of the 24 lakh engineering seats in India each year, only 18 lakh seats get filled. If we open these seats to engineering in Indian languages, we can open up many more opportunities.”

AICTE has earmarked a budget of Rs 18.6 crores for developing the second-year course material in English and its translation into 12 Indian languages.

Three expert panel discussions took place, featuring education stalwarts’ views on themes such as (i) Genesis and Importance of Education in the mother tongue, (ii) Role of the Universities/State Technical Education Department/Regulatory Bodies as an enabler to impart technical education in Indian Languages, and (iii) Future Road Map to make outcome-based education accessible in Indian languages.

EduBridge launches ‘Learn and Earn’ and ‘Secure Your Salary’ to create...