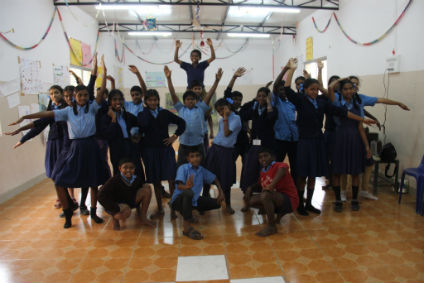 Bangalore: The Akshaya Patra Foundation – Going beyond meals, the Foundation has embarked on the project with a belief, ‘every child has a dream, and each dream is valid.’ It is dreams, thoughts and aspirations that make a child.

Identifying children with uncommon dreams and facilitating them in realising their dreams, under the guidance of a mentor was how ‘Giving every Dream A Chance’ came into existence. Under this initiative, children have been receiving mentorship and training in areas of their interest.

This unique programme was launched in 2016 at the Vivanta by Taj by Chief Guest, Mrs. Sudha Murty, Chairperson, Infosys Foundation, a benevolent supporter of Akshaya Patra. The event was presided by Shri Madhu Pandit Dasa, Chairman of The Akshaya Patra Foundation, in the presence of Mohandas Pai who also serves as an independent trustee of the Foundation. The project is an endeavour to make the dreams come true for the three Akshaya Patra beneficiaries who were exclusively selected out of the multitudes of children that auditioned across 40 schools in Bangalore. Manjula aspired to be an actress; Shivu, an astronomer and Shekar, a chef. Recognizing their passion, Akshaya Patra assisted them with a two-month long mentorship program wherein the children were coached, groomed and guided by the experts in their concerned fields.

The motive behind the project is to assure the children that their dreams are valid as well as promote their dreams to become true.

Encouraged by the success of the pilot, the initiative has scaled up to 200 children from 15 Government and Government-aided schools to provide training and mentorship in the field of Dance, Theatre, Origami, Math, Science, and Football, with the support of other organisations and individual mentors.

An event that showcases the talents of our beneficiary children as a part of ‘Giving Every Dream a Chance’ has been organized on the 14th of April 2018. We will also have a few eminent personalities from the entertainment world to grace the occasion.