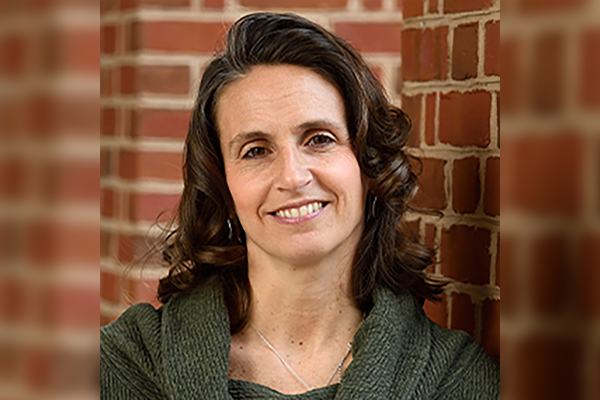 The University of Pennsylvania today announced the appointment of Dr. Alanna Shanahan, as the T. Gibbs Kane, Jr. W’69 Director of Athletics and Recreation, starting July 19, 2021.

“We set out to bring to Penn a trailblazing leader in intercollegiate athletics and that is exactly what we have with Alanna Shanahan,” said Penn President Amy Gutmann. “Alanna has the vision, experience, expertise, and energy to ensure that Penn Athletics continues its commitment to excellence both on and off the playing field. For nearly two decades, Alanna proudly donned the Red and Blue as a student athlete, coach, and administrator. Today, we are thrilled to welcome her back home to Penn.”

Dr. Shanahan is currently Vice Provost for Student Affairs at Johns Hopkins University, after serving there from 2016 to 2019 as director of Recreation and Athletics. At Penn, she was deputy director of Athletics and senior woman administrator from 2012-2016 and executive director of the Penn Relays from 2011 to 2016, capping an almost-twenty year career at Penn that she began as assistant (and then interim head) Women’s Lacrosse Coach. She played women’s lacrosse for all four years as an anthropology major in the Class of 1996, and went on to earn an EdD and MS in higher education administration from the Graduate School of Education, while working as an assistant, associate, and senior associate athletic director.

“Alanna Shanahan is the ideal leader to chart the future of Penn Athletics and Recreation,” said Provost Wendell Pritchett. “She has been a dynamic member of our community for more than half her life – across a brilliant career that brought her from captain and MVP of the women’s lacrosse team to deputy director of Athletics and executive director of the Penn Relays. She has a deep understanding of the role of athletics and recreation in our shared life on campus, which will be invaluable as we emerge from the pandemic together in the years ahead.”

“It’s an honor to return to Penn, a University and athletics department with a storied history which continues to excel today,” Shanahan said. “Penn provides student-athletes with an unrivaled experience—an outstanding education coupled with the opportunity to achieve competitive excellence. As a former Penn student-athlete, coach and administrator there is no place I’d rather be. The opportunity to lead a program that had such a profound impact on my life is a dream come true.”

As deputy director of athletics, Dr. Shanahan managed all aspects of Penn’s highly successful 33-sport intercollegiate athletics program–with direct oversight of the football, basketball, and lacrosse programs—including recruiting, budgeting, Title IX compliance, academic services, and alumni relations. As director of Athletics and Recreation at Johns Hopkins from 2016 to 2019, she oversaw the university’s 24-sport athletic program, leading it to the most successful years in university history, with 37 conference titles and three consecutive top ten finishes in the Learfield IMG College Directors’ Cup standings, including a second-place finish in the 2018-19 academic year. She made a priority of advancing the academic and personal development of student-athletes, creating the first full-time directorship of Student-Athlete Success and launching a leadership development program for student-athletes. As Vice Provost for Student Affairs since August 2019, she has continued to focus on student well-being, developing a new Hopkins Student Center, expanding the O’Connor Center for Recreation and Well-Being, leading the university’s efforts to reimagine the student experience during the pandemic, and managing all aspects of academic, residential, and extracurricular university life for more than 8000 graduate and undergraduate students.

“President Gutmann, EVP Carnaroli, and I,” said Provost Pritchett, “are deeply grateful to the Advisory Committee who helped us arrive at this outstanding result, as well as to all the members of the Penn community who offered their ideas and to Rudy Fuller for his exceptional service as Interim Director. We look forward to working together under the exciting leadership of Alanna Shanahan in the years ahead.”

Webinar on ‘AI in Healthcare’