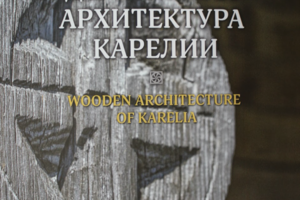 The “Architectural Heritage” festival is held once a year at sites of architectural monuments in different cities of Russia with the support of the Ministry of Culture of Russia, the Government of Moscow and the Committee for Architecture and Urban Planning of the city of Moscow.

UBC Vancouver: Health and wellbeing a top priority as…

The album was awarded a gold diploma “For contribution to education and propaganda of heritage”.

Deputy Director of the Research Institute of Historical and Theoretical Problems of Folk Architecture (NIINaZ) of PetrSU Irina Evgenievna Grishina is a participant in the development of the concept of the album and the author of a section on the traditional wooden architecture of Karelia, including its general characteristics and features of the heritage of Russians, Karelians and Vepsians in their historical ethnolocal territories and in historical settlements. The photo archive of NIINaZ PetrSU presented a part of the photos to illustrate the album.

Among the graduates of the Medical Institute are students from Jordan

UBC Vancouver: Health and wellbeing a top priority as students return to campus

UBC Vancouver: Health and wellbeing a top priority as students return to campus

iednewsdesk Jul 24, 2021
As UBC prepares to welcome students back to campus this September, the university is taking extra care to keep…

Increasing demand for Ayurveda medicines produced by the Chhattisgarh…

RMIT: Tokyo timezone could benefit Australian athletes in their medal…

NESAC will transform Shillong into the “Space Tech capital of the…