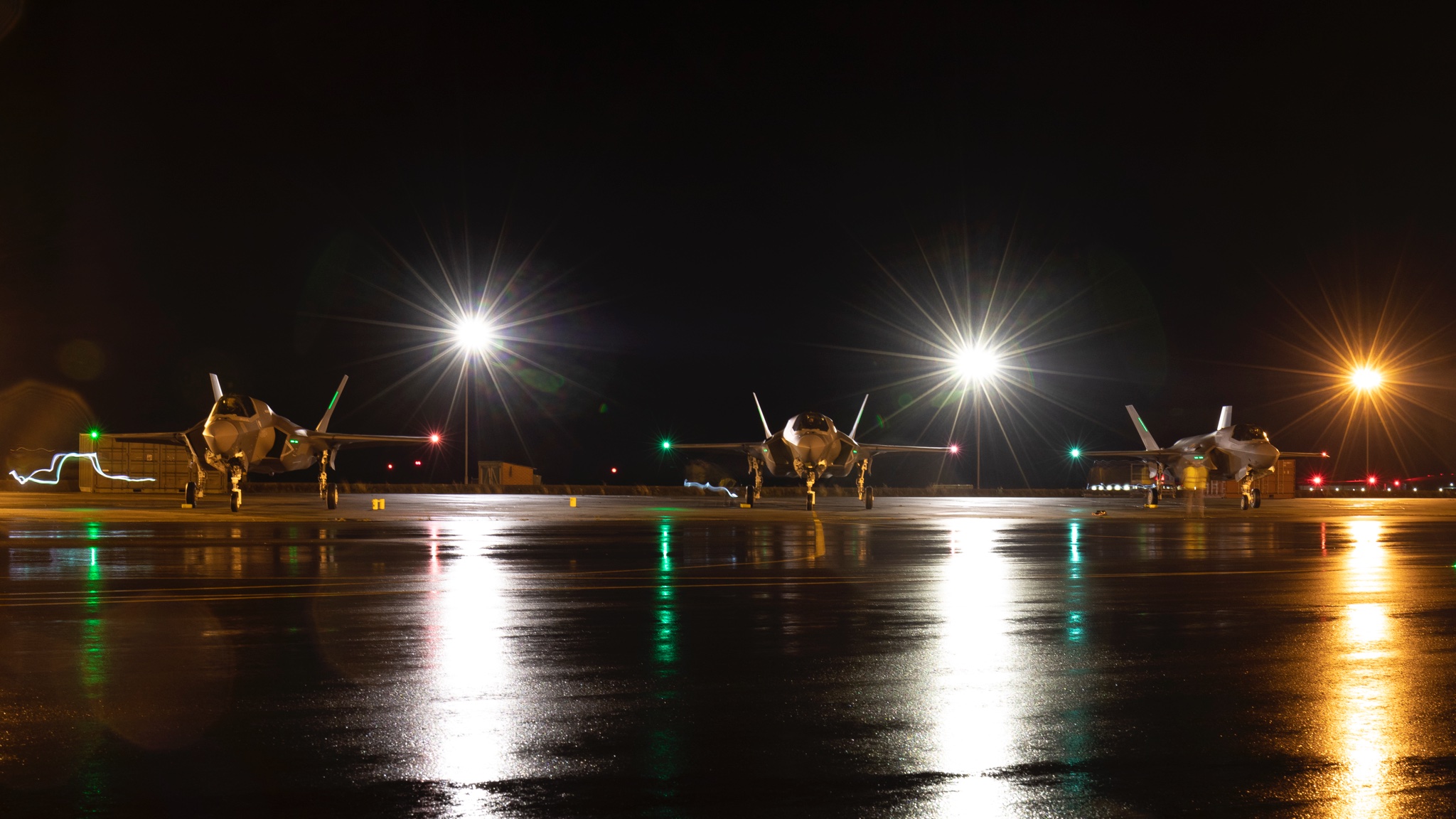 Aircraft including F-35s, Typhoons and Wildcat helicopters currently use conventional fuel, but could use up to 50 per cent sustainable sources in the future, after MOD’s changed aviation fuel standards came into effect in November 2020.

As aviation currently accounts for nearly two thirds of fuel used across defence, the new standards will lead to a significant reduction in emissions and improve defence’s carbon footprint.

It is estimated that by substituting 30 per cent of conventional fuel with an alternative source in a jet travelling 1,000 nautical miles could reduce CO2 emissions by 18 per cent.

As well as cutting emissions, using diverse and readily available materials such as household waste including packaging, grass cuttings and food scraps will prevent waste being sent to landfill.

“The UK is leading the way in sustainability and by refining our aviation fuel standards we are taking simple yet effective steps to reduce the environmental footprint of defence.

“As we strive to meet this Government’s Net Zero carbon emissions target by 2050, it is right that we step up to spearhead these positive changes across both military and civilian sectors.”

Today the UK is co-hosting the Climate Ambition Summit with the UN and France, where more than 70 world leaders will make bold commitments to cut emissions, fund climate finance and adapt to climate change ahead of COP26 in Glasgow next year.

The MOD’s move to allow up to 50 per cent sustainable fuel marks a huge shift in global fuel consumption and opens the door for thousands of civilian and military aircraft to be fuelled with Sustainable Aviation Fuels (SAFs).

Not only do Australia and several NATO countries rely on the UK’s standards to influence what fuel they use, but civil and commercial airlines in the UK follow the defence standard as there is no commercial equivalent.

UK suppliers are also more likely to offer the same standard for commercial aircraft if they are already developing and importing sustainable fuel to supply defence. The Compania Logistica de Hidrocarburos-Pipeline System (CLH-PS), which is based in Madrid and provides fuel to several military airfields as well as Heathrow, Gatwick, Manchester airports, has welcomed the MOD’s new standards as an opportunity to pursue sustainable fuel use.

“Making all forms of transport more sustainable is critical if we are to meet our ambitious Net Zero target.

“From powering RAF Jets to the passenger planes which get us from A to B, sustainable fuels will play a huge part in decarbonising aviation and I’m excited to explore the possibilities as we make transport cleaner, greener and more efficient.”

“CLH-PS welcomes the announcement by MOD to begin accepting sustainable aviation fuel blends, which will allow use of SAF in the UK’s critical pipeline infrastructure and downstream distribution network.

“As part of CLH’s sustainability strategy we are committed to contributing to the growth of SAF in particular and this change will enable us to work with our partners, including the MOD, to facilitate its wider use in the UK aviation market.”

“The Defence Strategic Fuels Authority has been working tirelessly with industry partners to change the Defence Standard for Aviation Fuel, allowing SAF deliveries to the MOD. This is a significant change for Defence, enabling us to take a key step towards reducing our CO2 footprint, consistent with our wider ambition for achieving NZ50. And this is only the beginning.

“With the Defence Climate Change and Sustainability Strategy, due for release later this year, we are at the start of a journey to adopt a range of greener policies and new greener technologies, so that we can reduce our environmental impact while enhancing our operational capabilities.”

Adopting greener technology in the MOD’s aircraft fleet is part of the department’s strategy to reduce its contributions to carbon and greenhouse gas emissions. Measures like this will be reflected in the department’s ongoing Climate Change and Sustainability Review, led by Lt Gen Richard Nugee.

The review will focus on a range of initiatives from the MOD’s NZ50 strategy to setting the right baseline for defence’s emissions and carbon footprint, with findings set to be published in early 2021.

$4.5 million for Monash initiatives that drive transition to sustainable energy