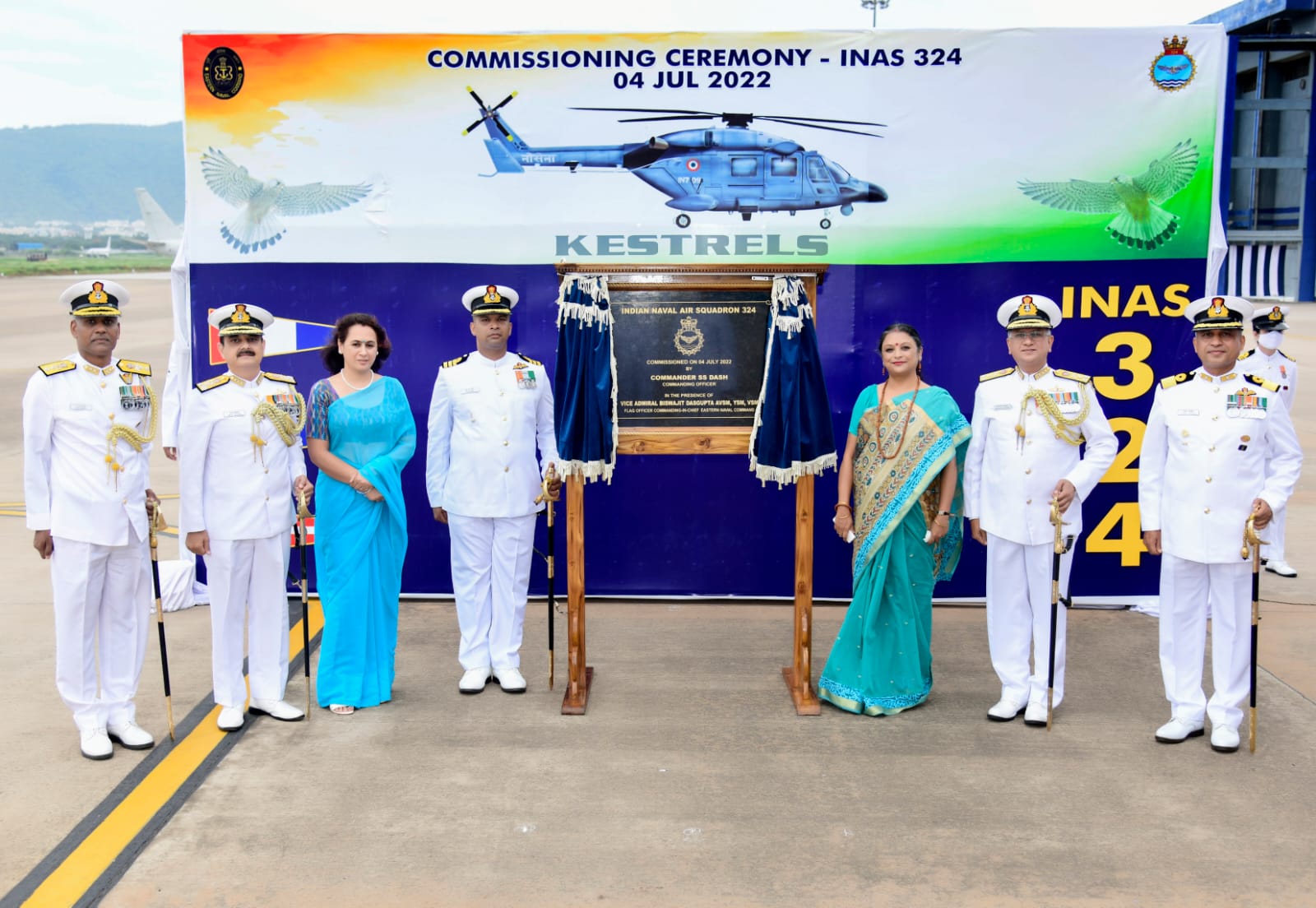 INAS 324 has been named “KESTRELS” which are birds of prey and have good sensory capabilities symbolising the envisaged role of the Aircraft and the Air Squadron. The Insignia of the Squadron depicts a ‘KESTREL’ searching over vast blue and white sea waves, which signifies the integral Maritime Reconnaissance (MR) and Search and Rescue (SAR) role of the Squadron.

ALH MK III helicopters are fitted with state-of-the-art equipment which includes modern surveillance radar and electro-optical sensors. Induction of these flying machines is, in pursuance of the GOI initiative of Atma Nirbhar Bharat, as they have been developed and manufactured by Hindustan Aeronautics Limited (HAL). In addition to their primarily roles of MR and SAR, these helicopters can also be deployed for Humanitarian Assistance and Disaster Relief(HADR) Operations as well as Special Operations with Marine Commandos. The helicopter also has an airborne Medical Intensive Care Unit (MICU) for use in the Air Ambulance role to facilitate the medical evacuation of critically ill patients.

Addressing the gathering. Vice Admiral Biswajit Dasgupta stated that the commissioning of the first ALH MK III Squadron in the Eastern Naval Command will enhance the surveillance capability on the Eastern Seaboard.