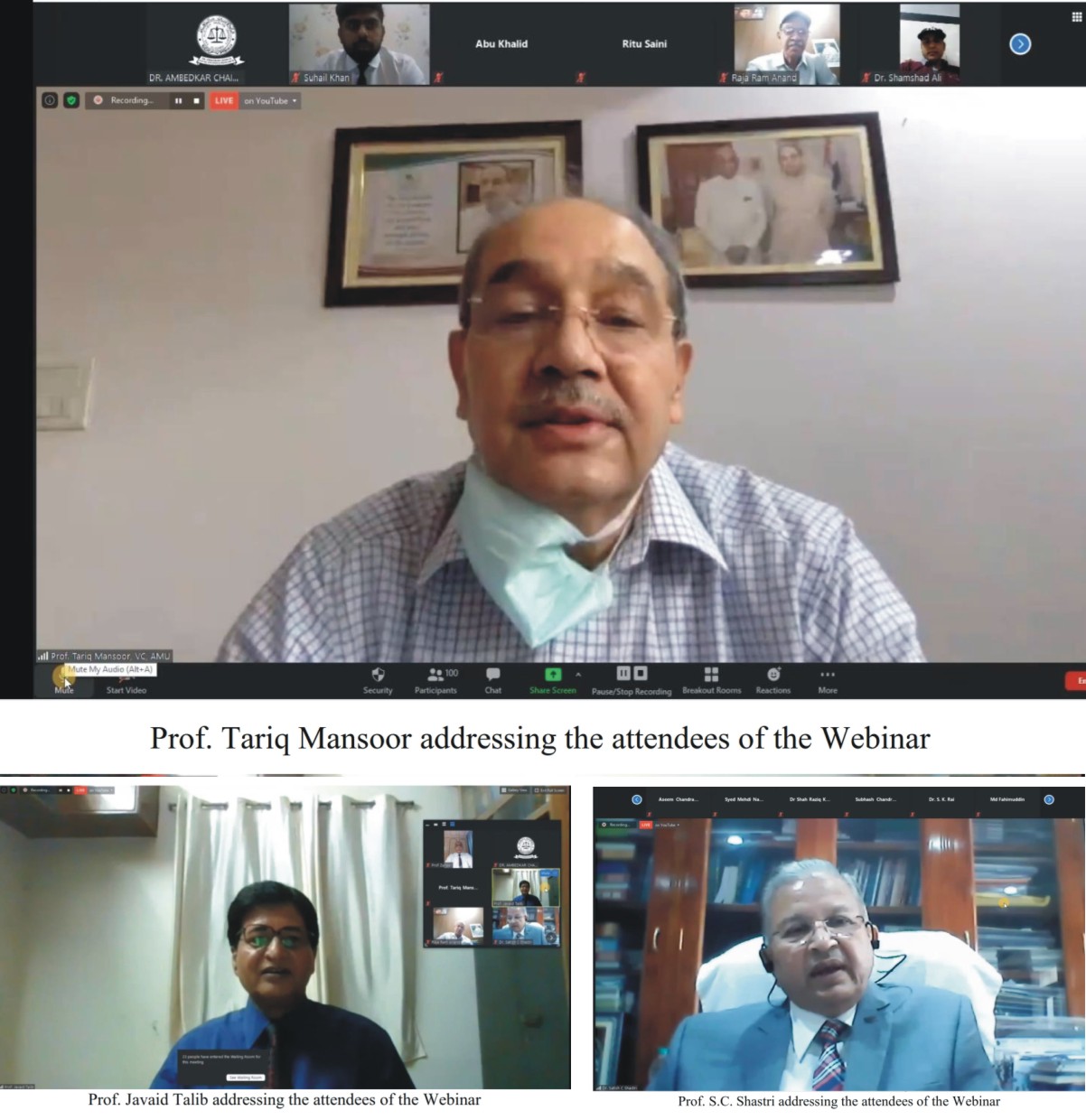 Aligarh: Dr Ambedkar Chair of Legal Studies and Research, Department of Law, Aligarh Muslim University organised a Webinar on “Equality and its Relevance in the Era of Globalization: Ambedkar’s Perspective”.

AMU Vice Chancellor, Professor Tariq Mansoor said that the webinar is aimed at creating an understanding of Dr BR Ambedkar’s vision on equality and how it operates in a society which has become fully globalised.

The chief speaker Prof Satish C Shastri, Dean, Faculty of Law, Mody University of Science and Technology, Lakshmangarh Sikar, Rajasthan said Dr Ambedkar was ‘tallest among talls’ and it was he who is responsible for insertion of equality clause in the Constitution. He said equality and liberty must be observed in every field as they are part of justice which also embodies principles of rule of law, equality before law, equal protection of law, etc.

Prof Shastri said that Dr Ambedkar advocated social and economic equality and believed that equality of opportunity wais the prerequisite for social justice. He was against the caste system and initiated several legislations regarding labor laws, factory laws. He advocated for the idea to ‘think globally but act locally and emphasized the universal principle of ‘Vasudeva Kutumbakam’. He believed that without constitutionalism there is no constitution and had a globalised view of bringing in ‘affirmative action’ in the purview of Articles 14 and 15 of Indian constitution.

According to Prof Shastri, Dr Ambedkar considered the Constitution as ‘Vedas’ and that these holy books do not tell us about ‘caste system’. Dr Ambedkar included the word ‘fraternity’ to the Preamble of the Indian Constitution and worked for ‘women empowerment’.

Professor K Vijay Raghavan:“Regulatory system need to be reformed and the CSR mechanism broadened to leverage it in R&D activities