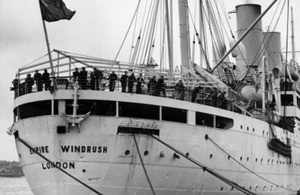 Windrush Compensation Scheme has now paid out over £20.4 million and offered a further £9 million.

Members of the Windrush generation have been paid over £20.4 million in compensation, Home Secretary Priti Patel announced today (Thursday 27 May).

The Windrush Compensation Scheme paid more than £6.2 million in the month of April and offered a further £9 million – bringing the total amount paid and offered to more than £29.5 million.

I am absolutely committed to putting right the terrible injustices faced by the Windrush generation under successive governments.

I have been clear that I will listen to victims and act, which is why I overhauled the Compensation Scheme in December, and we are now seeing the positive impact of those changes on people’s lives with nearly £30 million paid or offered.

I will continue to work tirelessly to make sure that more money continues to be paid more quickly.

The published statistics show that to the end of April 2021, the Home Office had paid over £20.4 million to 687 people, and had offered over £9 million further.

This is another significant increase in total payments, and has been driven by changes made to the scheme in mid-December. These include increasing the minimum payment to £10,000 – 40 times greater than the previous minimum award available.

Within six weeks of the changes being announced, the Home Office had offered more in compensation than in the first 19 months of the scheme, rising £6.17 million to more than £12 million at the end of January 2021.

Total payments have also risen rapidly since the changes made in December. In the first four months of 2021, the Home Office paid more than six times the total amount previously distributed throughout the lifetime of the scheme, which began in April 2019.

The April statistics follow a strong performance in March, when the Windrush Compensation Scheme paid out more than £8 million.

From the outset of the scheme, caseworkers have been instructed to ensure everyone who makes a claim receives the maximum compensation possible under the scheme’s rules. This ethos has been continued as the scheme has been overhauled.

G7 Finance Ministers agree to work together to address…

Plans to bring vulnerable Afghan interpreters to the UK accelerated