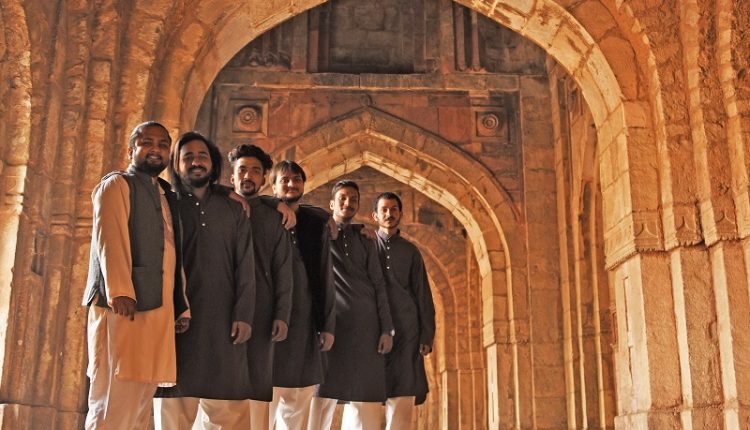 New Delhi- Amarrass Records is thrilled to invite you back to ‘AMARRASS NIGHTS at Delhi’s Sunder Nursery’ on Saturday, April 23 for  Mehfil~e~ Tarranum, an evening of transportive music from Awadh, Lucknow and Uttarakhand in the cooling greens of the 16th-century heritage park complex adjacent to Humayun’s Tomb.

Rehmat-e-Nusrat, a group of passionate young musicians from the hills of Uttarakhand, will enthrall you with the timeless tradition of qawwali in their unique way, and Askari Naqvi, a trained vocalist, will first take the stage to present a bouquet of Awadh & Lucknow through Tarranum. A cultural journey of Awadh and Lucknow weaved through couplets, songs and commentary based on different ragas and written in various Hindustani languages. It will have poems written by Sufis & Saints, songs sung by Begum Akhtar and Assemun (a miryasin who lived in Awadh). The performance by Askari Naqvi will be followed by young qawwals from Uttrakhand taking the stage. Their renditions of Sufiyana kalaams by Amir Khusrao, Meera Bai, Baba Bulleh Shah and, of course, the magical qawwalis of Ustad Nusrat Fateh Ali Khan are sure to mesmerize the audience.

Ashutosh Sharma Co – Founder,  Amarrass Records said “It’s great to be back Live after 2 years @ Amarrass Night. Our ethos has been to present unknown gems for our discerning audience and continuing our musical journey we present two diverse voice. It will be a magical evening with these amazing musicians

NOTE: Refreshments will be available at the venue.

Askari Naqvi is a trained vocalist under the tutelage of Pandit Amit Mukerjee. Apart from his repertoire of light classical compositions, Askari is perhaps the only artist of his kind to introduce art forms of Muharram, specifically Soz-Khwani from its strictly religious settings to a secular & wider audience. He is also an accomplished Dastango and has performed at various national and international festivals and spaces.

Rehmat-e-Nusrat are a group of young musicians from the hills of Uttarakhand in Northern India who bring a fresh new perspective to the timeless tradition of qawwali music. The group presents qawwalis by Ustad Nusrat Fateh Ali Khan, Sufiyana kalaams by the great poets Amir Khusrao, Meera Bai, Baba Bulleh Shah, ghazals, Kabir bhajans, and original compositions. The group was formed in 2014 by lead vocalist and harmonium virtuoso Sarvjeet Tamta, who counts amongst his teachers, Ustadji Wadali Brothers in Amritsar, Ustadji Fakira Khan Saheb from Barmer Rajasthan, and Ustadji Padma Shri Anwar Khan Manganiyar. The group has performed at various college festivals around North India, and introduced Sufi and qawwali music to new audiences in their state. Rehmat~e~Nusrat were signed to the label Amarrass Records in November 2019, and performed at the first Amarrass Nights@ Sunder Nursery concert in January 2020. The pandemic has not dampened the band’s enthusiasm, and have performed pop-up concerts at Museo Camera Museum, Throttle Shrottle, Jaipur Lit Fest, Surajkund Mela and virtual concerts with Sacred Music Seattle, In2Wild Festival UK, Hothouse Chicago, FabIndia and others. “It is an aural punch in the gut, delivered with a velvet glove” – Sarthak Kaushik, Ishq 104.6FM.

Amarrass Nights
Since our inception in 2009, Amarrass has been striving to create sustainable ecosystems that preserve, promote and nurture folk and traditional forms of music and arts. As part of this initiative, ‘Amarrass Nights’ emerged as an integral platform to showcase young artists, as well as living legends. Amarrass Records and Amarrass Society for Performing Arts consider Amarrass Nights culturally significant series performances held monthly at iconic locations across Delhi, including Lodi Gardens, Qutab, and at Sunder Nursery – a UNESCO World Heritage Site and Delhi’s first arboretum.

Amarrass Records
Over the past decade, Amarrass has produced over 40 world-class events in Delhi/NCR, Jaipur and beyond. In line with our mission to introduce urban audiences to folk and traditional forms of music, and showcase known and not so well-known artists, we have organized concerts by Barmer Boys, Charanjit Singh and his 10 Ragas to a Disco Beat project, Padma Shri artists Lakha Khan and (late) Sakar Khan, French-Moroccan band Gabacho Maroconnection, Madou Sidiki Diabatè, bhajans by Bagga Khan, poetry by Jumme Khan, Popular Meeruthi and many more.