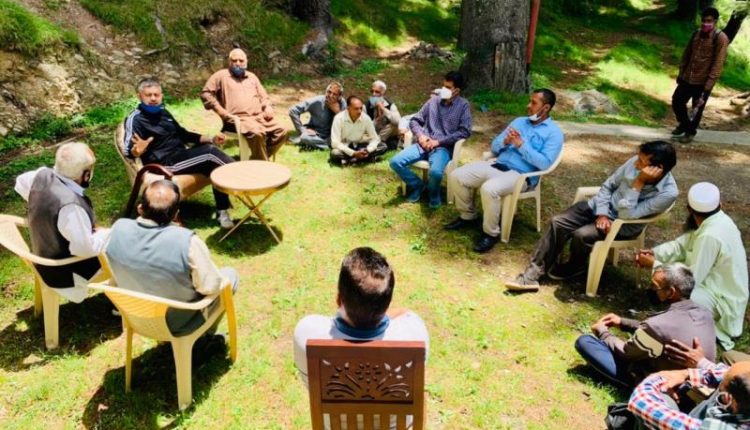 During Basantgarh and Dudu visits, Special Secretary met several public delegations including Sarpanches and BDC Chairpersons and noted their issues, demands and inspected Forest Cover in the areas.

Amit expressed satisfaction over the increase in the forest cover during the past decade while complimenting the public here.

During the visit to Bhaderwah Forest Division, the DFO briefed him about the achievements and the enhanced Forest Cover, Afforestation Drives and related initiatives taken in the last two years.

The Special Secretary also visited Jai Valley Forest Range and took first hand stock of development works undertaken there. He appreciated the efforts of the Department and advised the DFO Bhaderwah to carry-on with good initiatives while ignoring false propaganda carried-out by negative elements there.

The Special Secretary also reviewed the performance of DFO Batote and directed him to remove all encroachments in a time-bound manner.

During the travel through Sudh Mahadev Wildlife Range, the Special Secretary took stock of ongoing activities and advised them to take all possible steps for protection of Wildlife in this important belt of the Union Territory.

While taking a round of Forest areas located in Dudu Range, he reviewed the work of the department and told the staff to minimize incidents of forest fires to save the priceless natural heritages which are prerequisite for the survival of humankind.