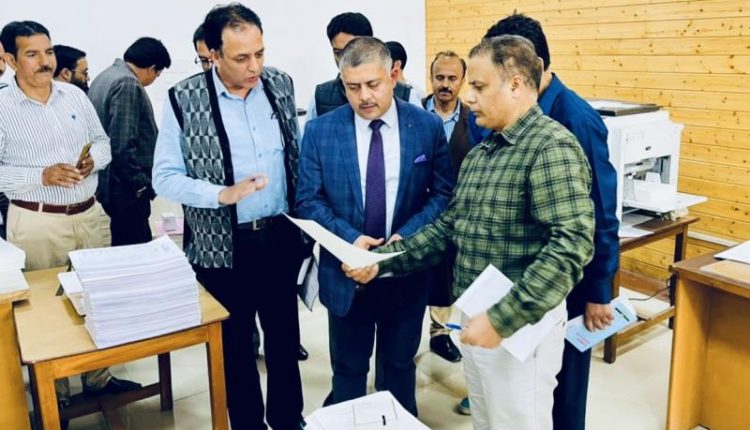 Secretary took an extensive tour of the Press complex and visited its different sections wherein various works were going on in full swing. He interacted with the employees enquiring them about the functioning of their respective sections.

He directed the GM to ensure that all necessary safety measures are in place besides proper maintenance of hygienic conditions inside the complex.

Amit Sharma also took a round of the newly inaugurated building within the Government Press complex and discussed plan for proper utilization of the same.

While expressing satisfaction over the working of the press, Amit Sharma complimented the officers for developing website of the Press in shortest possible time. He directed that both the government presses should adopt e-Governance models and come up with innovative measures to further revamp their working.

He asked the General Managers to adopt a proactive approach and approach various prestigious organisations like Universities, Banks and Autonomous Institutions which can give good business to both the Presses.

Secretary also took stock of issues of employees like shortage of staff and gave on spot instructions to the concerned to redress the same in shortest possible time.

Amit Sharma assured that all steps would be initiated to further streamline working of these government entities so as to make them commercially viable and profit-making units, which is also one of the decided deliverables for this year of ARI & Trainings Department.

iednewsdesk Jul 4, 2022
Now in its 10th year, the King’s India Institute has been celebrating its many achievements and the importance of…