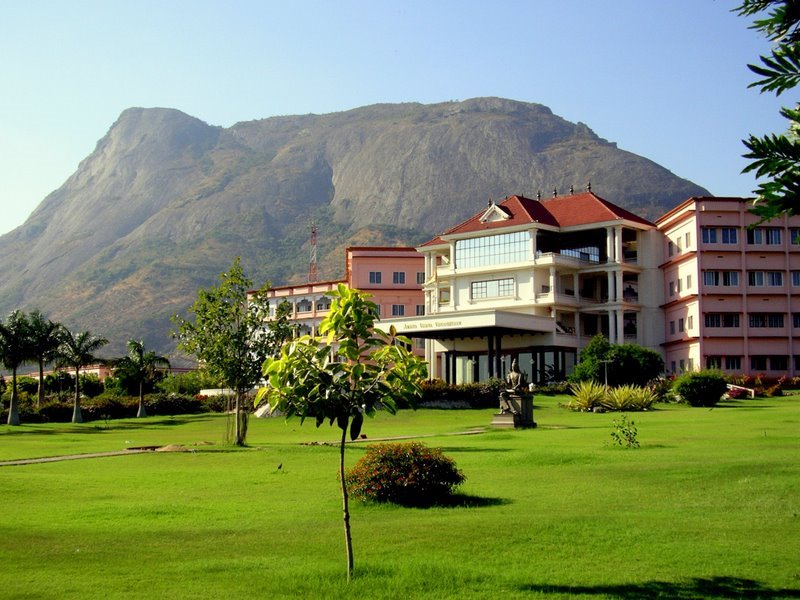 New Delhi: Amrita Vishwa Vidyapeetham has emerged as the 4th best university in the country in the National Institutional Ranking Framework (NIRF) Ranking 2020 that has been released by the Government of India today. The University has also been ranked 7th among medical colleges in India.

Said Dr P Venkat Rangan, Vice Chancellor, Amrita Vishwa Vidyapeetham: “Amrita Vishwa Vidyapeetham and its medical college have once again found a place in the Top 10 in the NIRF Ranking 2020. This is ample testimony to the vision of the world-renowned humanitarian leader and Chancellor, Sri Mata Amritanandamayi, in setting the dual goals of education for life and compassion-driven research. This stellar achievement would not have been possible without the tiring efforts put in by all the students and staff of the University, and I wish to express my sincere gratitude to the Government of India for bestowing this honour on us. I am happy with the consistency, year after year, in recognizing the academic excellence, outstanding faculty and world-class infrastructure that Amrita Vishwa Vidyapeetham is known for.”

Amrita Vishwa Vidyapeetham, an Institution of Eminence, is a multi-disciplinary, research-intensive institution, educating a vibrant student population of over 20,000 by 1800+ strong faculty. In a short span of 15 years, it has established 180+ collaborations with Top 500 world ranked universities. Amrita is emerging as one of the fastest growing institutions of higher learning in India.

In Times Higher Education World University Rankings 2020, Amrita is ranked as No.1 Private Institution in India. It is ranked in the Top 300 in the world for Medicine and Top 500 in Engineering by the Times Higher Education. In THE University Impact Rankings, a pioneering initiative to recognise universities around the world for their social and economic impact, Amrita has been ranked among the Top 300 in the world.

The faculty members of Amrita Vishwa Vidyapeetham have published more than 12,000 research articles in peer reviewed journals and conferences, attracting 65,000 citations, filed more than 120 patents and written 300+ scholarly books in the past 15 years. The institution has secured research grants of over $100 million from various Governmental and private funding agencies including World Bank, UNESCO, UNDP, Gates Foundation, etc.