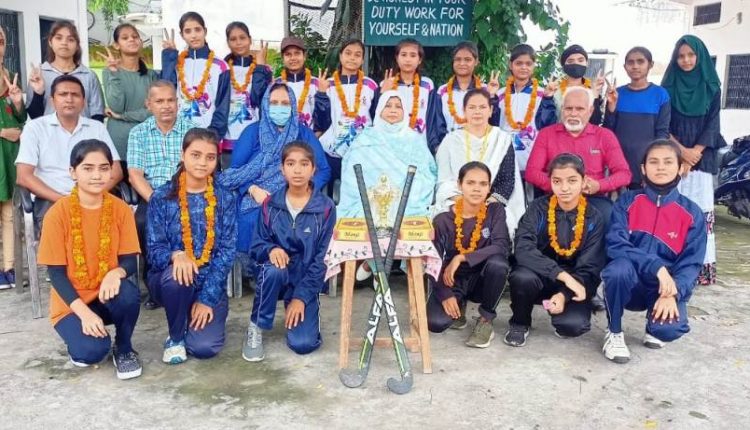 Aligarh : The undeniable girl power of Aligarh Muslim University (AMU) in sports came to the fore in Hockey as a team of AMU ABK High School-Girls clinched a decisive win in the final of the National Hockey Tournament in Goa to bag the Gold Medal.

Team members Aliya Rashid, Simran Shakeel, Rabia Khatoon, Shafiya Shakeel, Amreen Malik, Zenab Mohsin, Saniya, Shaby and others were felicitated in a special function at the school on their return.

Flinders University: Eyes a haven for Ebola and other…

Congratulating the team members, Dr Samina (Principal) said that the School hockey team has not only capped and excellent performance in the tournament, but also inspired other girls to take up sport and bring laurels.

Wishing the team more success in the future, Dr Saba Hasan (Vice Principal) said that the team’s performance shows that dreams can come true as long as you work hard.