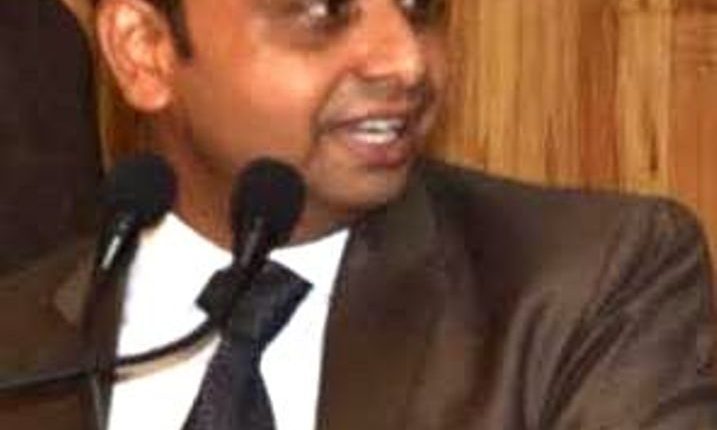 Aligarh: Dr Shivam Sharma, an alumnus of Aligarh Muslim University has been appointed as the Chief Public Relations Officer of North Central Railways (NCR). He is an officer of Indian Railway Traffic Service belonging to 2011 batch of Civil Services and is currently posted as Deputy Chief Operations Manager, NCR, Prayagraj.

Dr Sharma has completed his Bachelor of Dental Surgery Course (BDS) from Dr Ziauddin Ahmad Dental College, AMU. Apart from his academics he was actively involved in various cultural and extra co-curricular activities during his University days. He has been closely associated with the University and takes part in various functions organised by University, notably in the field of career guidance for aspiring civil servants.

He has been Divisional Traffic Manager Tundla during 2015-2017, one of the most responsible assignments of Indian Railways as it manages Railway operations from Ghaziabad to Kanpur section of NCR. His other notable assignment being Deputy Chief Claims Officer, NCR where he is accredited to take steps in the establishment of a new bench of Railway Claims Tribunal in Prayagraj, which is the 20th bench of RCT in the country.

Experts, frontline workers, sportsmen, artists from a 100 countries converged to Discuss on the ethical costs in healthcare in the post-Covid-19 world