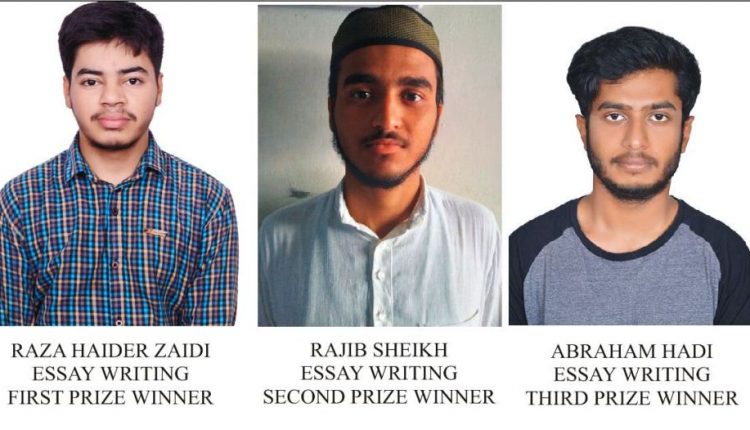 AMU announces the result of All India Essay Writing Competition

Essays were invited from university and college students from all over India in English on the topic, ”Sir Syed as a protagonist of interfaith dialogue”.

The top three winners will be felicitated by the chief guest on October 17 during the online Sir Syed Day Commemorative Meeting, while the prize money will be sent to the winners through bank transfer and certificates by post at their respective addresses.