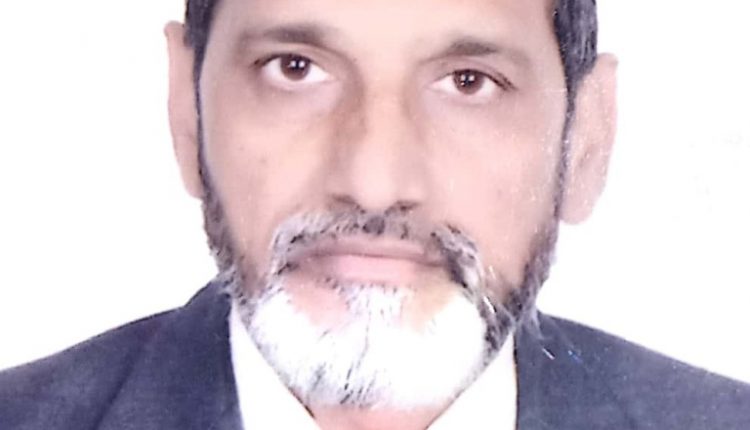 Aligarh : All lathe machine operators, constantly worried about the fly out accidents during the machining operation can now rest easier as Aligarh Muslim University (AMU) Associate Professor from the University Polytechnic; Mr Shamshad Ali has invented an ‘Automatic Carriage Stopper’ which will reduce the chances of accidents.

The invention has been patented recently by the Patent Office, Government of India.

“The carriage stopper can be installed as a utility tool clamped on the lathe machine bed with a station ratchet system. It will be used as a multi stage stopper mechanism for turning application”, said Mr Shamshad.

He pointed out that the purpose of the invention is to reduce the likelihood of accidents, improve productivity, reduce product cost, lessen the rejection rate during manufacturing process and decrease the mental and physical fatigues of the operator.

Explaining how the invention will work, Mr Shamshad said: “The ‘Automatic Carriage Stopper’ will open the split nut in conventional lathe machines automatically to disengage the power source from the carriage, resulting in the carriage stop at desired position”.

“Similarly carriage movement through the feed rod will also be stopped automatically by using the ‘Automatic Carriage Stopper’. This auto carriage stopper can be used for any conventional lathe machine without any change in its design and it is easy to manufacture, maintain and operate at a low cost”, he added.

Mr Shamshad has invented the auto carriage stopper with his students, Suhail Ahmad.

University of Waterloo: Displacement, erasure, and the gentrification of vulnerable…

University of Waterloo: More than a million smokers likely to quit…

University of Waterloo: Machine learning can help address stigma of…