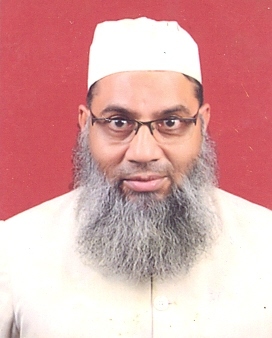 “Mr Ayyub was a sincere teacher who, helped so many students and made them walk in the right path, the path of wisdom. The university shares the sorrow of his bereaved family and I wish all of us to find comfort in his memories”, said AMU Vice Chancellor, Professor Tariq Mansoor.

Extending deepest sympathies, Prof Salman Hameed (Chairman, Department of Electrical Engineering) said that Mr Ayyub was one of the most caring teachers. He will be missed deeply by friends, colleagues and students.

A native of district Godda in Jharkhand, Mr Ayyub joined the Department of Electrical Engineering, AMU as a Lecturer in 1985 and was subsequently promoted to the rank of an Associate Professor in 2006.

Fuzzy Control of Machines and Processes, Electric Drives and SVC for Power Transmission System were his thrust areas. He was also a life member of ISTE India, System Society of India and Industrial Engineering and Computational Intelligent Societies of IEEE, USA.

Mr Ayyub did his B. Tech and M. Tech from Banaras Hindu University (BHU) and Indian Institute of Technology (IIT), Delhi.

King’s College London: Armed Forces Personnel who are injured in…