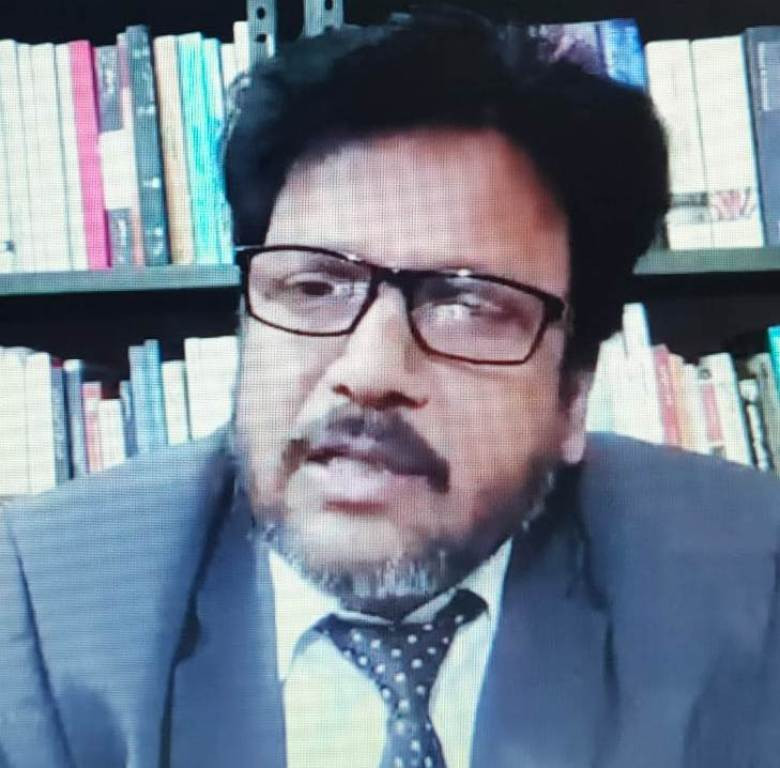 Aligarh: Prof M Sanaullah Nadawi, Department of Arabic, Women’s College, Aligarh Muslim University (AMU) got the ‘Supreme Roll of Honour’ for his significant contribution to Arabic language, literature, and wisdom by the International Organisation of Creativity for Peace (IOCP), London .

He was awarded in an online ceremony on the World Arabic Day.

Prof M Sanaullah has written extensively in Arabic, Urdu, and English highlighting comparative perspectives on literature, culture, philosophy, Yoga and Sufism among other topics. He was awarded the Mahrishi Badrayan Vyas Samman in 2006 by the President of India.