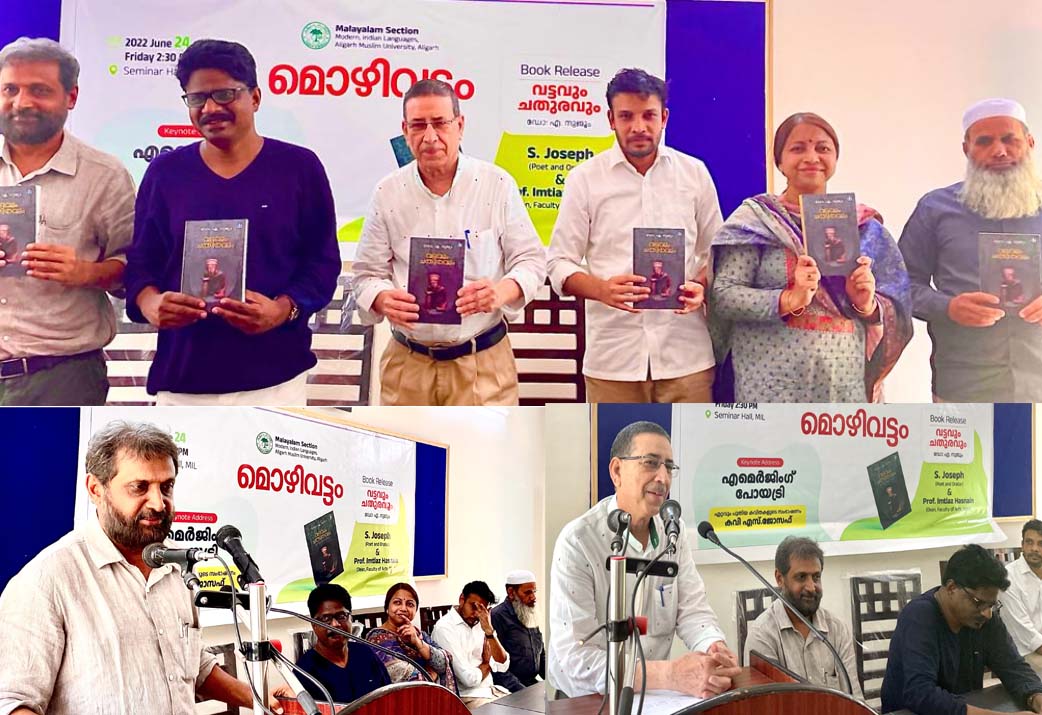 Aligarh : If you are a researcher or fond of finding the theoretical reinterpretations on how female governance can balance the human profile on nature and the study of Malayalam culture with new thinking, then leaf through the pages of Vattavum Chathuravum (Sphere and Squire- Ajanta Publications) by Prof Nujum A, Chairman, Department of Modern Indian Languages, Aligarh Muslim University (AMU).

Released recently in a special function at the Department of Modern Indian Languages, ‘Sphere and Squire’ puts forward fleshed out arguments in compelling terms seeking to expand the hitherto narrow conceptions and understanding.

“This book is not an esoteric philosophical debate. It is intended to increase the understanding of a large number of people and captivate both readers and critics alike on how the female worldview shaped by the practice and culture in prehistoric times always contained the power of overcoming the present day crisis”, said the author, Prof Nujum.

He added: “It is hoped that this book will aptly approach contemporary concerns through cultural and historical studies and will serve as a reference for research that integrates nature, gender and collective knowledge”.

“Prof Nujum’s new book is an original analysis bringing to light the analytical exchange of nature and humanity with relevance in the neo-ecological context”, said Prof S Imtiaz Hasnain (Dean, Faculty of Arts) in the book release ceremony.

He also spoke on the importance of modern Indian languages for national integration.

Unis T P extended the vote of thanks.