Aligarh, September 7: The Aligarh Muslim University (AMU) has picked the top slot of the Indian universities in the Times Higher Education World University Rankings for 2018. AMU has achieved the feat in the Bicentenary year of the varsity’s founder, Sir Syed Ahmad Khan.

AMU has also been ranked number seven among Indian Higher Educational Institutions (HEIs), which includes the various Indian Institute of Technology and India Institute of Sciences. AMU has consistently maintained its ranking of 601-800 slot of the Times Higher Education achieving the number one position from number two last year. 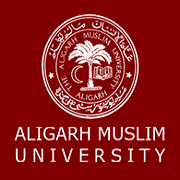 AMU Vice Chancellor, Professor Tariq Mansoor said that the university is proud to claim the top spot in the Times Higher Education World University Rankings. He added that the rankings suggest that AMU is one of the most prestigious universities with very high entry standards. “AMU attracts very students from all over the country and the world,” said the Vice Chancellor.

As per the Government of India policy, ranking is important for funding and it also helps in improving the overall perception of the institution. These rankings bring in the best recruitment and placement for students.

Times Higher Education is a UK based agency which takes into account around a thousand world institutions to determine the rankings. It is a leading provider of higher education data for the world’s research-led institutions. These rankings have been adopted as a geo-political indicator and as an aid to strategic management of institutions. It is through these rankings that students all over the world make their study and career choices.