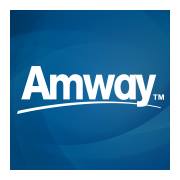 Mr. Vanlalnghaka Chhawnchhek,General Secretary,Aizawl Football Club said, “ Aizawl FC would like to thank Amway India for extending their support to the ongoing Federation Cup besides being their protein partner for two seasons ( 2015-2016 to 2016-2017). Our Players have shown great interest in your product and have been a part of their regular diet. We are very lucky to be able to partner with such a Global Enterprise and hope we will have a long and successful partnership for years to come.”

Amway products are popular not just in India but across the world. Nutrilite is the world’s No. 1 selling vitamins and dietary supplements brand.* Nutrilite is also the Official Nutrition Supplement Provider for leading football club AC Milan since 2008.