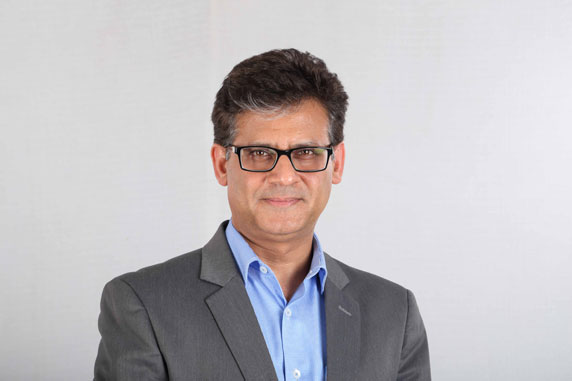 New Delhi: Anshu Budhraja, General Manager, Amway India, the country’s leading Direct Selling FMCG company was invited to address young and enthusiastic students at the Indian Institute of Foreign Trade (IIFT) during the ‘ CEO Talk series in New Delhi, IIFT, one of Delhi’s premier management institutes, invites business leaders from leading industries to motivate their students and provide them with an opportunity to interact and get inspired.

Mr. Budhraja complimented the learning ecology of the institution and drew a comparative to lifecycle learning which Amway has institutionalized towards entrepreneurship. Discussions also encompassed forging a sustainable partnership with IIFT towards driving key government priorities of “Skill India” while emphasizing the need for students to continually foster a learning mindset, take value based decisions and embrace future with confidence.

Addressing the students, Mr. Budhraja said, “India is one of the most progressive economies and is providing stewardship and thought leadership on global issues. The Indian Economy has entered a golden period with inflation and interest rates at their lowest ebb. Future is built from the future, Future is not built from the Past – and the new future would be amplified by the demographic dividend of around two thirds of India’s population under the age of 35 years. The burgeoning young workforce in India will soon be the largest and youngest the world has ever seen. At the same time, this vast nation is amidst a massive wave of urbanization and posts challenges with 13 Mn people joining the workforce annually. The nation needs to focus on creation of jobs, enhance MSME sector contribution to at least 50% and also build competencies along with alternate business models including push towards Direct Selling. The Direct Selling Industry is expected to grow from INR 7,200 Cr to 65,000 Cr by 2025 deploying more than 18 Mn people with 60% being women. The industry is expected to touch 1% of the population of the country and is a key enabler for economic activity in the country. The Direct Selling Industry also contributes to women empowerment – More than 60 % of Amway direct sellers in India are women.

PM Modi’s ‘Make in India’ initiative has garnered an incredible response encouraging young entrepreneurs with innovative ideas and the potential to accelerate economic growth of the country. The ‘Start Up’ India initiative is yet another initiative which has motivated many young entrepreneurs to turn ideas into action thereby increasing the number of jobs in India. The ownership is on us to realize the potential of the Indian market with clear focus on awareness, affordability and accessibility. The recent reforms on GST and de-monetization have been game changers and will have a long-term impact on the economy. The reforms are expected to enhance the growth rates, enable ease of doing business and unleash productivity in all the key sectors in the economy”, he added.

During the talk, Mr. Budhraja emphasized on drawing the focus of the corporate sector towards leveraging the youth potential with special reference to Amway’s youth centric strategies. Mr. Budhraja added, “Youth have always been a core focus area while formulating our strategy which is showcased through Amway’s brand engagement initiatives including digital marketing, experience stores, product portfolio and our new consumer connect strategies. A few examples out of the last 12 months include signing up Farhan Akhtar as the brand ambassador to promote the Nutrilite range of the products, launching Energy Drink (XS) through Rock Shows

across top 20 cities. Understanding the need to constantly evolve products and adapt strategies, Amway India has added a promising range of youth centric products in its portfolio such as the Energy Drink (XS) and Whey Protein (XS) in the Sports Nutrition segment.”

Amway India is also aggressively driving innovation by entering newer categories, most notably, the company has launched a weight management program called ‘W.O.W.’ (Will Over Weight) which has been really appreciated by the consumers in India. Recently, Amway has forayed into the consumer durables segment with the launch of a premium cookware range-Amway Queen with VITALOK which preserves and retains the nutritional value of food as also comes with a 30 year warranty.

In an effort to map different aspects of entrepreneurship in the country, Amway has been releasing the coveted India Entrepreneurship Report since 2014. The report indicated that nearly 50% people considered starting their own business. Amway globally promotes and facilitates entrepreneurship as an alternative career for young people.

University of Auckland: Covid-19 article is a worldwide hit with 1.1…

University of Auckland: Of mermaids, male fears and fantasies