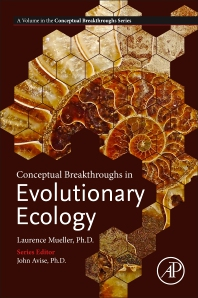 New Delhi: Indian researchers have contributed to one of sixty-five major breakthroughs in ecology and evolution over the last 160 years, counted from Charles Darwin’s ‘On the Origin of Species’ in 1859.

A study in 2003 from the Evolutionary & Organismal Biology Unit, Jawaharlal Nehru Centre for Advanced Scientific Research (JNCASR), an autonomous institute of the Department of Science and Technology (DST), has been included in a book titled ‘Conceptual Breakthroughs in Evolutionary Ecology’ by Prof. Laurence D. Mueller, Univ. of California, Irvine, recently published by Elsevier.

This research study from JNCASR is the only one from a non-western country that finds a place in this collection. It was the first experimental verification of the theoretical prediction that population stability may evolve as a by-product of natural selection favouring some life-history trait which traded off with other traits that directly affected population dynamic behaviour.

In the 1980s-90s, the common finding that populations of many species typically showed relatively stable dynamics had created a conundrum in evolutionary ecology. A simplistic prediction from the theory of natural selection suggested that all else being equal, higher offspring production should be favoured by evolution. However, in the 1970s, seminal work by the theoretical ecologist Robert May had shown that populations in which individuals produced large numbers of offspring would typically exhibit unstable dynamics. This meant that their numbers would fluctuate a lot through time. Therefore, if natural selection favoured higher offspring production, most populations would be expected to have evolved unstable, fluctuating dynamics.

Yet, empirical studies showed that many wild and laboratory populations of different species actually showed fairly stable dynamics. Theoretical work suggested that one factor that might promote such evolution of population stability could be trade-offs among traits related to Darwinian fitness.

This mechanism was exactly what Prof. Amitabh Joshi’s group at JNCASR, including N. G. Prasad, Sutirth Dey and Mallikarjun Shakarad (now faculty at IISER Mohali, IISER Pune and Delhi University, respectively), demonstrated experimentally in their 2003 paper in Biology Letters, then a Supplement to the Proceedings of the Royal Society of London: Biological Sciences. They used fruitfly populations that had been selected in the laboratory for rapid egg-to-adult development for over 100 generations.

These populations had evolved smaller body size and female fecundity as a result of evolving a greatly reduced larval phase. The group then used these populations in an experiment where their population sizes were monitored in every generation in a nutritional environment known to induce unstable dynamics. They showed that the faster-developing populations had indeed evolved greater population stability than their ancestral control populations.

“The article from Joshi’s group illustrates the power of lateral thinking leading to profound, even disruptive concepts that are so vital for the meaningful progress of science. In the basic sciences, it is the capacity to work on the high risk, new ideas that differentiates the few leaders from a plethora of followers and the profound from the incremental,” said Prof Ashutosh Sharma, Secretary, DST.