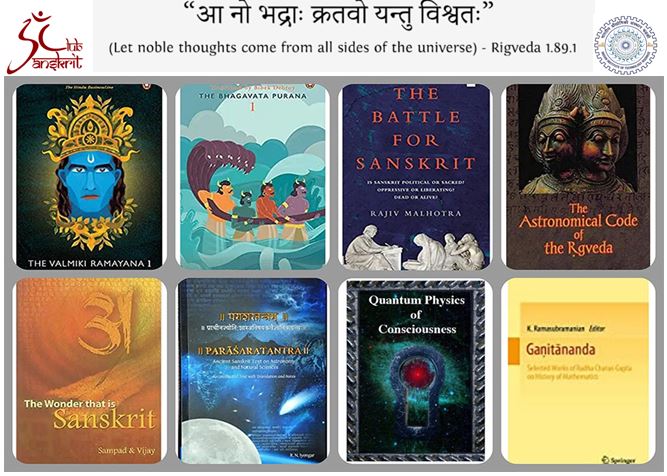 -The conclave was an initiative of SAMARPANAM involving students and faculty members of Institutions of National Importance, including IIT Roorkee

Roorkee: An online Sanskrit conclave titled ‘Significance and Future of Sanskrit Studies and Allied Areas’ witnessed the convergence of academic experts. It was a joint initiative of SAMARPANAM (an acronym for SAMskritaaya ARPANAM), a virtual group of students and faculty members from institutions of National Importance, including IIT Roorkee. The objective of the event was to encourage the study of the Sanskrit discipline in India and sensitize the youth on the significance of the ancient language.

“It is a matter of pride that the premier educational institutions such as IIT Roorkee have taken a commendable initiative to promote Sanskrit in an endeavour to foster constructive dialogue among the stakeholders. It aligns with the vision of the National Education Policy 2020 that reinforces the commitment towards instilling appreciation towards Indian culture and heritage through tech-driven innovation. India had been a renowned educational hub in giving birth to premier universities such as Nalanda and Takshshila. Such initiatives will go a long way in fulfilling Hon’ble Prime Minister Shri Narendra Modi’s vision of Aatma Nirbhar Bharat and New India” – said Hon’ble Minister of Education Dr. Ramesh Pokhriyal ‘Nishank’

“Sanskrit has been an integral part of Indian culture and heritage. It is also among the oldest languages in the world. Encouraging communication and studies in Sanskrit will place India as a literary hub on a global centre stage. Fostering a cross-disciplinary approach by harnessing the knowledge of diverse subjects will go a long way in realizing the untapped potential of the language” said Prof. Anil Sahasrabuddhe, Chairman, AICTE.

“We need to dig out the pearls of wisdom in Sanskrit literature which are relevant in today’s world. This needs the collective effort of academics from several different disciplines. This conclave is an effort to bring researchers from several different Institutions on a common platform and will hopefully spark more focused initiatives in the future” said Prof. Ajit K Chaturvedi, Director, IIT Roorkee.

The conclave also witnessed enlightening talks on Computational thinking metaphor in Sanskrit based knowledge systems, Science in Sanskrit literature and Sanskrit education in crossroads: Role of HEIs by Prof. Subhash Kak, Prof. M. D. Srinivas and Shri Chamu Krishna Shastry respectively. A crucial theme deliberated in the conclave was the future of Sanskrit studies globally, and how India and its higher educational institutions can play a key role in it in the light of the approval of NEP-2020. The vote of thanks was presented by Prof. Prathosh, IIT Delhi.