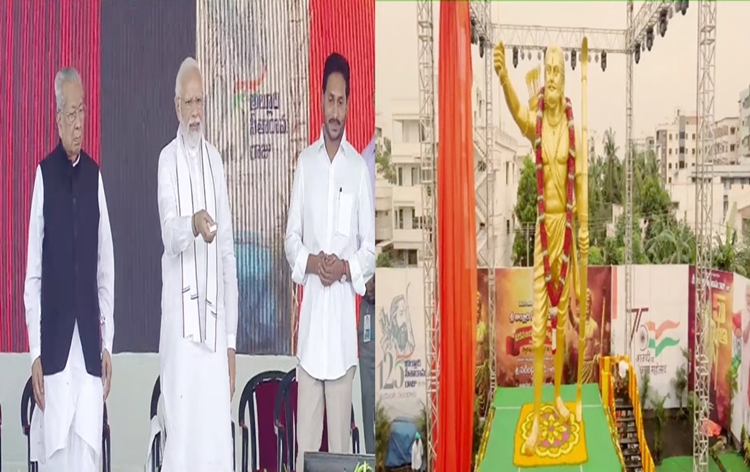 The Prime Minister said new India should be an India of the dreams of fighters who gave their lives for our freedom. He said in the past 8 years, we have worked with full devotion, walking on the principles of Alluri Sitarama Raju towards the welfare of tribals. He said, for the first time since independence, tribal museums are being set up to showcase the tribal pride and heritage in the country. Alluri Sitarama Raju Memorial Tribal Freedom Fighters Museum’ is being built in Lambasingi, Andhra Pradesh.