As a six-year-old watching his father smack the ball around for the indomitable UNSW Cricket Club, Andrew Jones had no idea just where the sport would take him.

Now returning to the club for his second stint as president, Jones has an impressive CV behind him.

Since he last led the UNSW club, Jones has held the Head of Strategy role at Cricket Australia, before a highly successful stint as CEO of Cricket NSW.

It’s an impressive set of credentials for a club president and Jones is looking forward to a strong season, aiming to improve the UNSW club’s on-field performance.

“We want to get back towards the top of the table in first grade and in the Club Championship,” he said.

“We’ll have a very exciting first-grade team this year with two and maybe three first-class players in Chris Tremain, Matthew Gilkes and another (high profile) player that may be joining us.

“But I’m also just looking forward to helping young people grow up, not just on the cricket field but off the field as well.

“That’s one of the real pleasures of being involved in a cricket club, you’ve got age ranges of 40 or 50 years between the members of the club, and watching young guys grow up and helping them through that process is a real joy.” 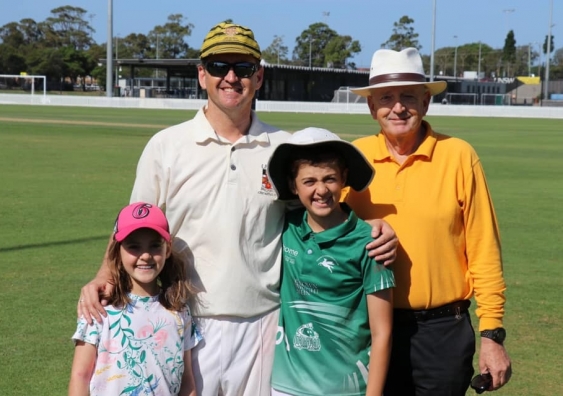 A family affair: Andrew Jones credits his father with igniting his love of cricket and is sharing that love with his own children. Photo: UNSW Cricket Club

Jones is one of the minds behind the highly successful Big Bash League – a competition that re-energised the struggling domestic cricket scene when it launched in 2011.

“While a lot of people love Test cricket and One Day cricket, a lot of other people find those formats too long and probably too boring,” he said.

“And so we wanted to give them something shorter and more exciting and that’s what we did.

“We brought in lots of music, fireworks and brightly coloured uniforms.

“We wanted to make it a really eye-catching, and appealing evening’s entertainment for kids, families and non-traditional cricket fans.”

Jones’s ability to make lasting, positive change served him well when he moved into the CEO role at Cricket NSW.

While he accomplished a great deal in his time there, his proudest achievement was the professionalisation of women’s cricket in the state.

“We really thought that the women’s game could be just as good and just as watchable as the men’s game if we gave the players the opportunity to train full-time,” he said.

“It was really only that (lack of full-time training) that was holding them back.

“So we wanted to lead the way in NSW by giving them that opportunity and the quality of the cricket improved dramatically and then that translated into a huge success in the Women’s Big Bash League, which is now the fourth most-watched league in any sport in Australia after the BBL, NRL and AFL.” 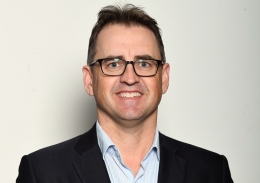 Andrew Jones is bringing his considerable expertise to the UNSW Cricket Club for the 2020-21 season. Photo: Cricket NSW

Having spent the majority of his life watching, playing, working and volunteering in cricket, Jones is contemplative when asked what it is about the sport that keeps drawing him in.

“On a bad day you spend a lot of time with your teammates watching other people bat and chit-chatting and that’s a very agreeable way to spend a summer afternoon.”

While the upcoming summer of cricket may look a little different to what we have experienced in Australia before, Jones is just pleased to be back among a club that feels like home.

“I’m old enough now to have had friends made through UNSW Cricket Club of 30 years standing and those relationships are very precious,” he said.

“We’ve always taken our cricket seriously, but not ourselves seriously.

“That’s hugely important, as cricket is there to be enjoyed, from Z Grade to Test level.”

Center for materials of the future awarded $18M six-year funding

IMF Executive Board Approves US$49.1 million in Emergency Support to Lesotho to Address the Covid-19 Pandemic