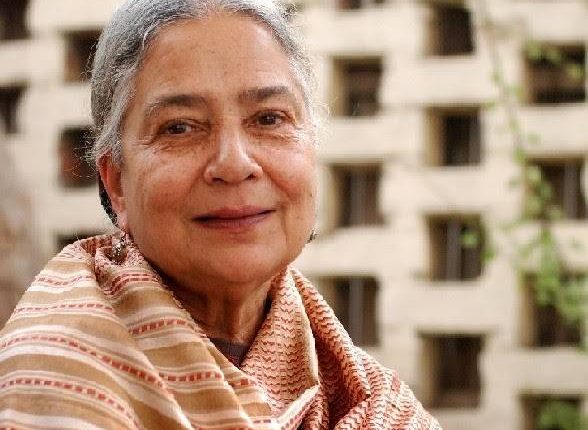 Mumbai, 25th October 2021: Anita Desai, one of India’s best-known authors nationally and internationally, has been conferred with the Tata Literature Live! Lifetime Achievement Award for 2021. A household literary name in India, Mrs. Desai’s authorship has spanned more than 50 years, with memorable works such as Fire On The Mountain, Cry The Peacock, A Village By The Sea, The Clear Light Of Day, Baumgartner’s Bombay, and In Custody which was made into a classic Merchant Ivory film starring Shashi Kapoor, Shabana Azmi, and Amrish Puri.

Anita Desai’s blend of lyrical style, ease with different cultures, and a clear-eyed examination and confrontation of realistic truths about society and relationships, made for a unique reading experience that fast led her to occupy a leading place among her peers. She has received several awards and honours in the course of her long-spanning literary career, including the Padma Bhushan, Sahitya Akademi Award and later Fellowship, and the Benson Medal of the Royal Society of Literature. Thrice featured on the Booker Prize short list, she taught for many years at the Massachusetts Institute of Technology where she is now an Emerita Professor.

On receiving news of the award, Anita Desai said, “An award given for a lifetime’s work is a great honour and I am deeply grateful to Tata Literature Live! for conferring it on me. I was convinced that I and my work belong to a distant past and my presence here is the presence of a ghost! To find one’s books are still read and remembered in such a changed world fills me with both amazement and gratitude. Thank you.”

Director of the Tata Literature Live! The Mumbai Litfest, Amy Fernandes said, “Anita Desai’s well-thumbed books line the bookshelves of lakhs of homes in India where novels in English are read. They are testaments to the pioneering works of an author who took Indian writing in English to new heights, earning international recognition as well. Their universal themes, delicate prose, and deep insight ensure her novels are always relevant and topical, gently leading the reader to new avenues of thought. It is a privilege and honour for us to acknowledge her marvelous contribution to literature in this way.”

Harish Bhat, Brand Custodian, Tata Sons said, “It is an absolute honour to present the Tata Literature Live! Lifetime Achievement Award to Ms. Anita Desai, one of India’s most respected novelists. She has had an exemplary journey spanning several decades, having published her first story at the age of 9 years. With her prolific writing, lyrical prose and keen insight into human relationships, she has achieved great accolades, not only for herself but for India as well.”