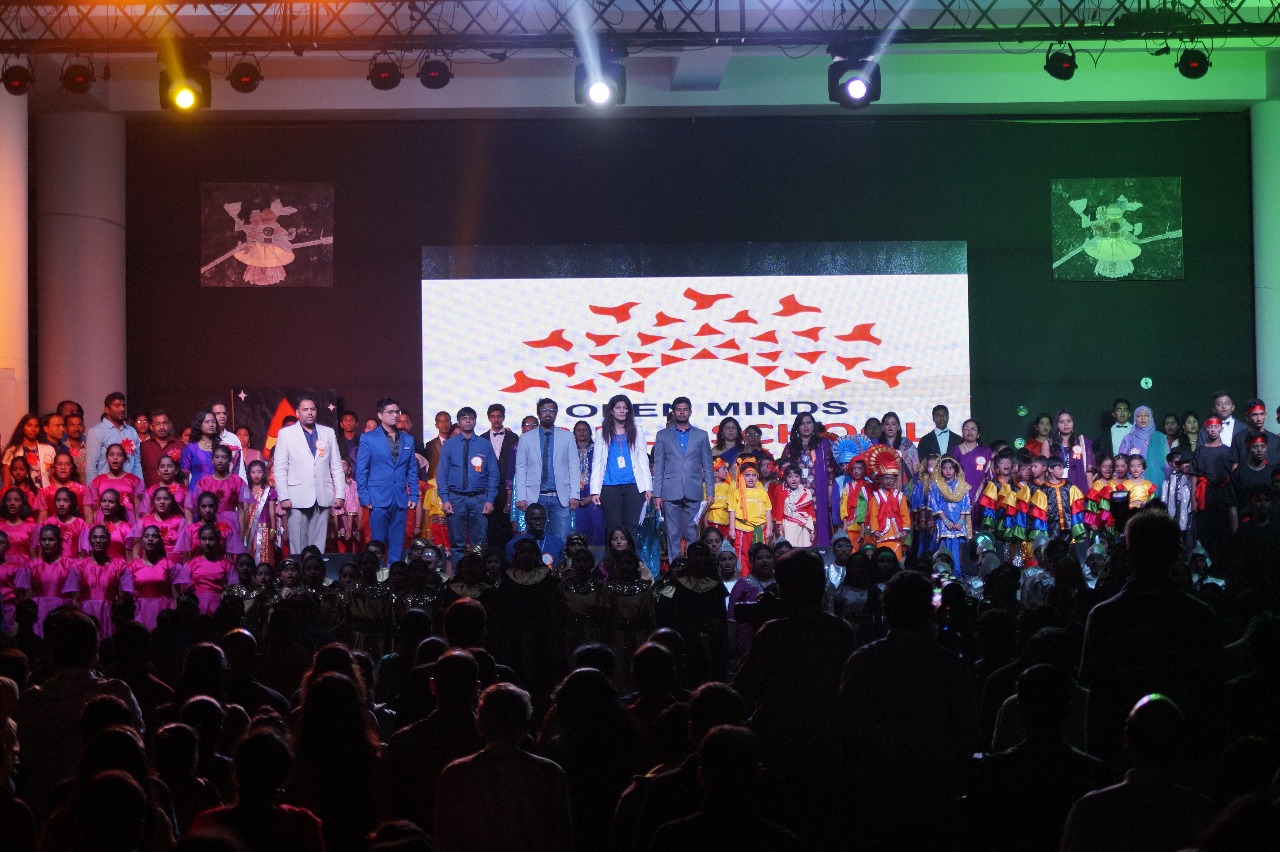 Hyderabad: Open Minds – A Birla School celebrated its 4th annual day with the theme – ‘The Civilizations of the Ancient World and the Living culture of the Modern World.’ Around 422 students were present to support their classmates who demonstrated and sensitized the environmental issues that are bothering mankind today. The theme for this year’s Annual Day was discovered from an imagination of how life on earth will be 30 years from now. The same was depicted in the form of a series of dance and skit performances by students of all grades.

The civilizations covered under the ancient theme were African tribes, Roman and Egyptian civilizations. The lifestyle of modern day United States of America, Brazil and the mixed culture of Asia were covered as well. Tenacious problems like deforestation, pollution and corruption perhaps resulting in an uninhabitable earth by 2050 were discussed by students to create awareness of the already known facts. The focus was on the story of ancient civilization, when 3000 years before Christ, man created the world’s first civilization eventually progressing towards destruction and how the wrong doings could possibly be reversed.

The event saw a large gathering of more than 1000 people in the auditorium of the school. Open Minds A Birla School- Kollur Chairman Mr. D. Sudhakar Reddy, Director Ms. Sharmila Reddy, Principal Ms. Swapnali Deore and the center heads of the Globe Tot’ers – A Birla Preschool, Hyderabad graced the event to cheer all the students. Open Minds is a Birla Edutech School that engages in challenging scholastics and co-scholastics to encourage pushing the boundaries and respecting individual differences by allowing different learning styles to maximize their potentials.

iednewsdesk Jun 21, 2021
The midday shot from the Naryshkin bastion cannon by the LETI's rector Viktor Sheludko and a group of the best…