New Delhi: Union Minister for Youth Affairs and Sports Shri Anurag Thakurparticipated in the Clean India drive at  premises of Humayun’s Tomb in Delhi today morning along with volunteers. Secretary of Department of Youth Affairs ,Smt Usha Sharma and senior officers of the Ministry and NYKS and volunteers from different groups also participated in the drive. It was organised as part of pan India month long cleanliness campaign of M/O Youth Affairs and Sports of collecting and removing garbage mainly plastics. The drive has been taken up to mark Azadi ka Amrit Mahotsav. 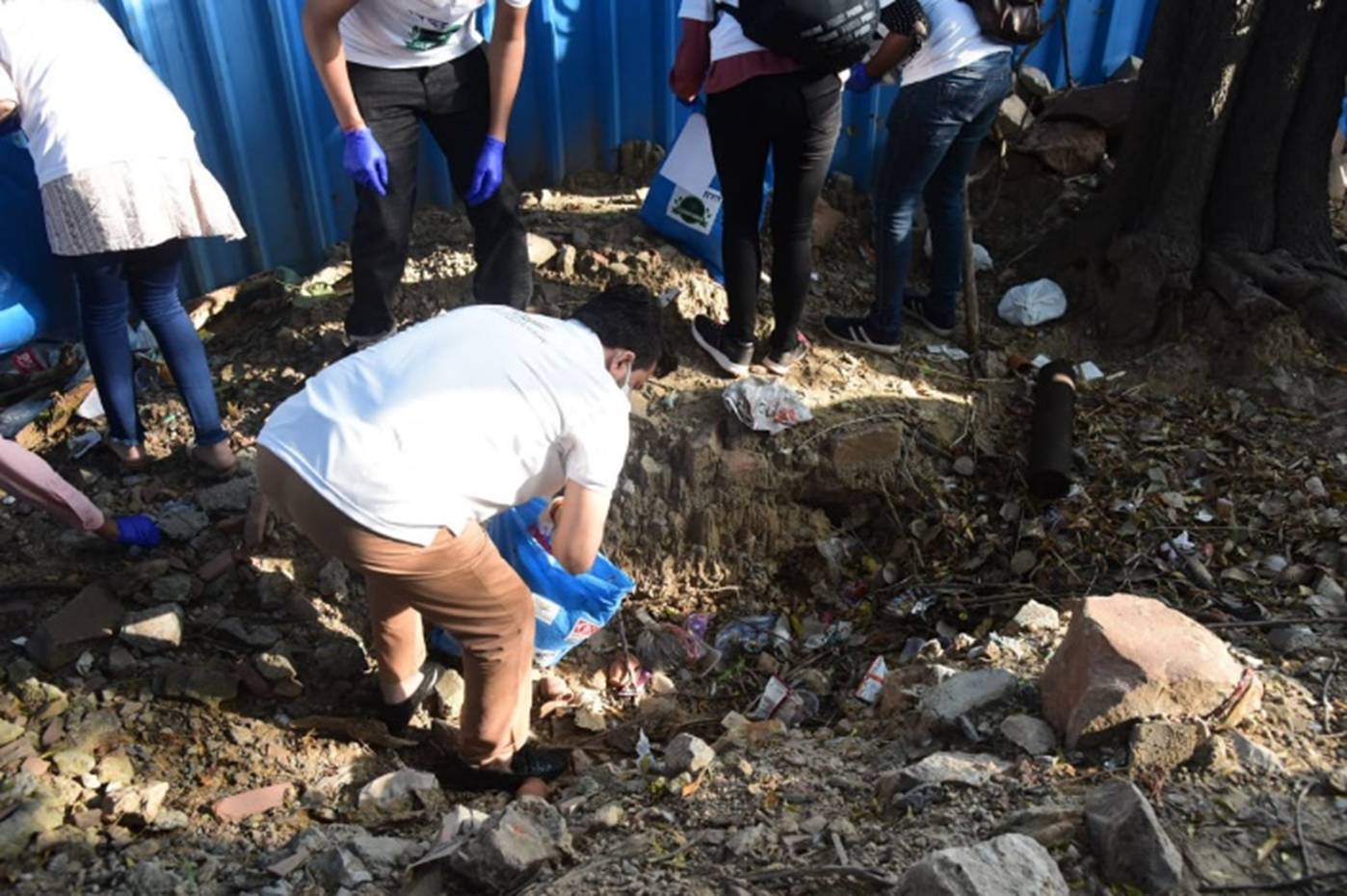 Speaking on the occasion, Shri Anurag Thakur said that Clean India Campaign aims to fulfill the dream of the Father of the Nation Mahatma Gandhi. Through this campaign we are not only organizing clean India drive but also generating awareness about clean and healthy surroundings.Ministry of Youth Affairs and Sports has set a target to collect 75 Lakh kg waste mainly plastic waste from 1st to 31st October 2021through this initiativewith the support of voluntary participation of citizens. “30 Lakh Kilogram waste has been collected across nation through Clean India Drives in the first 10 days of campaign. It is my firm belief  that we will collect more than 75 lakh kilogram waste across the  nation before 31st October 2021”, Shri Thakur added. Shri Thakur appealed to countrymen not to litter their surroundings with wrappers of chips and plastic bottles and other waste on the roads and parks. It is our responsibility to maintain cleanliness in public places just the way we maintain it in our homes. He further added that if everyone becomes aware and uses  dustbins, then perhaps there will be no need to have such cleanliness drives in the future. 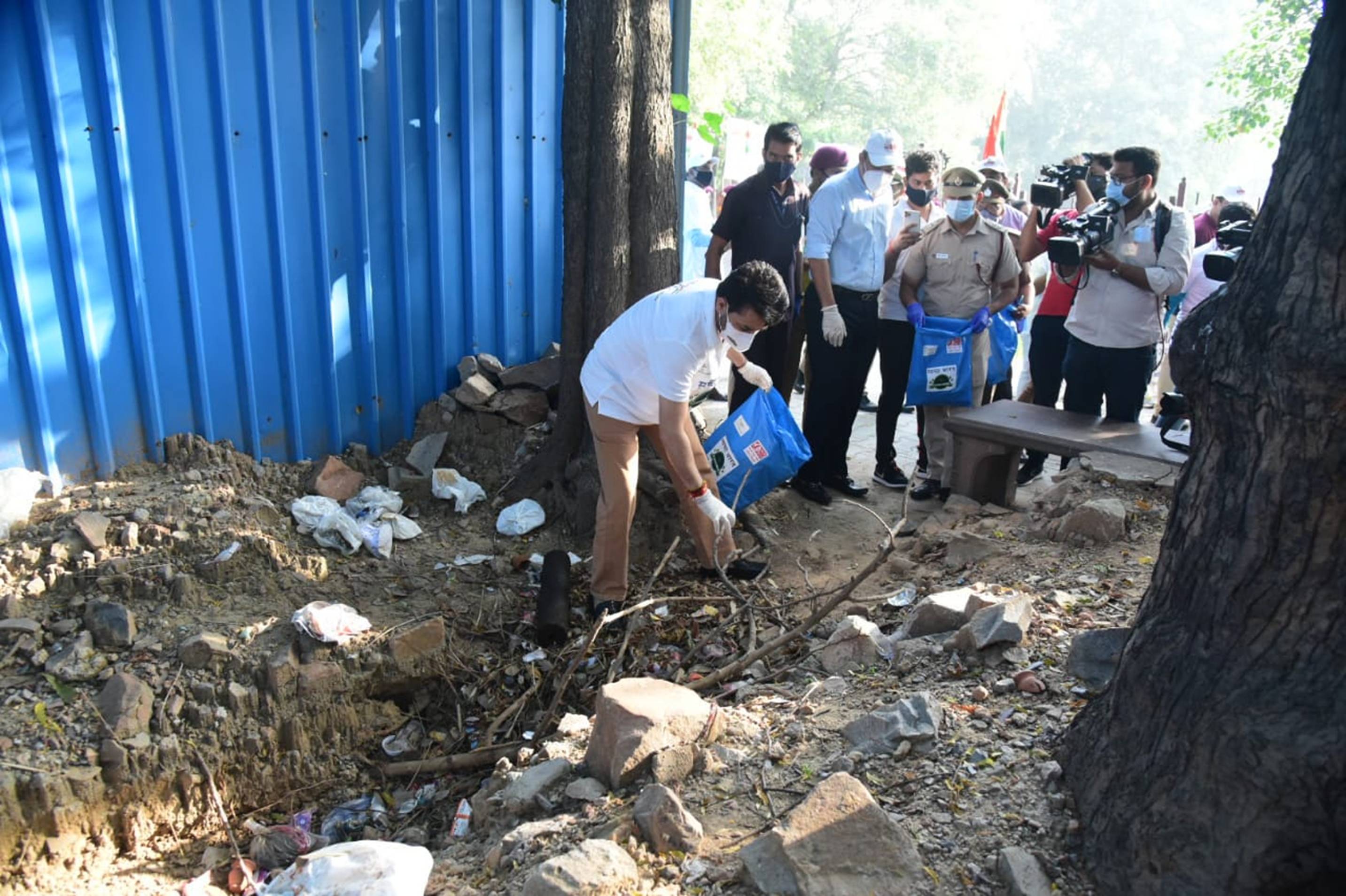 Clean India is a youth-led programmebeingorganised in 6 Lakh villages of 744 Districts across the country through the networks of Nehru Yuva Kendra Sangathan (NYKS) affiliated Youth Clubs & National Service SchemeAffiliated Institutions as well as a cross -section of various stakeholders. Specific segments of population such as Religious bodies, Teachers, Corporate Bodies, TV and Film Actors, Women’s Group and others are also participating in the Clean India Programme on a particular designated day to show their solidarity for the cause and making it public movement. The Cleanliness Drives is being undertaken at historical/iconic locations and hotspots such as Tourist Places, Bus Stand/Railway Stations, National Highway and Educational Institutions. 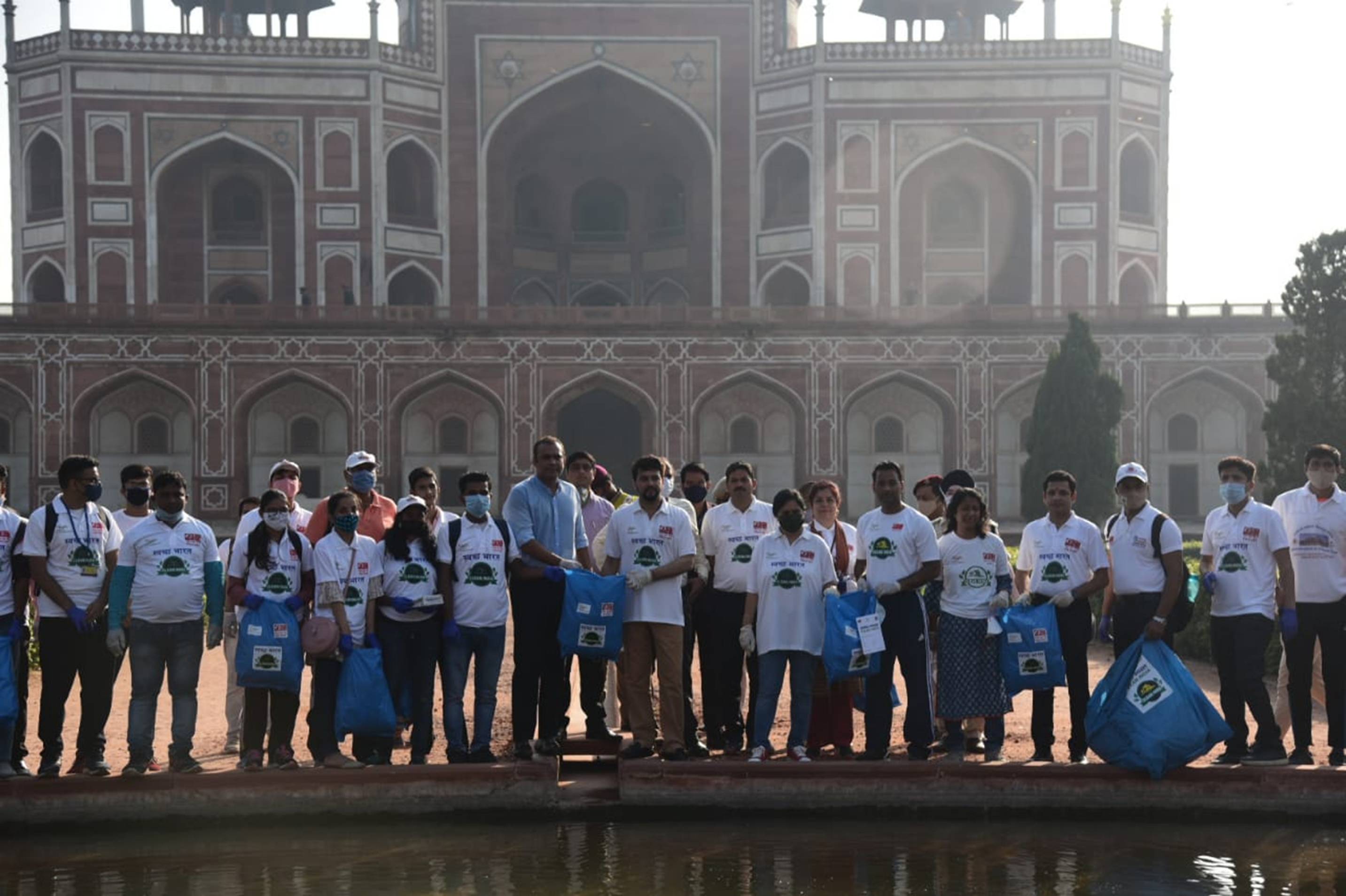 The Department of Youth Affairs of the Ministry of Youth Affairs and Sports (Government of India) in commemoration of Azadi Ka Amrit Ka Amrit Mahotsavais organizing nationwide Clean India Programme from 1st October 2021 to 31st October 2021 with the help of its affiliated youth volunteer organisations like NYKS, NSS, youth clubs etc.Clean India is not just a programme but it reflects the genuine concerns of common man and their resolve to address the issue head on. Swacchta Abhiyan was started by Prime Minister Sh. Narendra Modi during 2014 and since then, remarkable headway can be noticed in this regard. The Clean India Programme is continuation of initiative spearheaded by the Prime Minister with renewed focus and commitment.It’s indeed going to be great opportunity for all of us to be part of Clean India Initiative. With the collective efforts of youth and fellow citizens and support from all stakeholders, India will without doubt embark on cleanliness drives and create better living conditions for its citizen.

Students of B.Tech. in Climate Change at AnantU to receive micro-grants from MIT Solv[ED]

Industry leaders, entrepreneurs, policy experts and artistes engage with students and faculty at IIMB during the two-day fest

Flipkart signs MoU with District Administration of Varanasi, Government of Uttar Pradesh under the Samarth program

Strong anti-tobacco law needed to save youth and dreams of aspiring parents, say experts from various walks of life

Students of B.Tech. in Climate Change at AnantU to receive micro-grants...