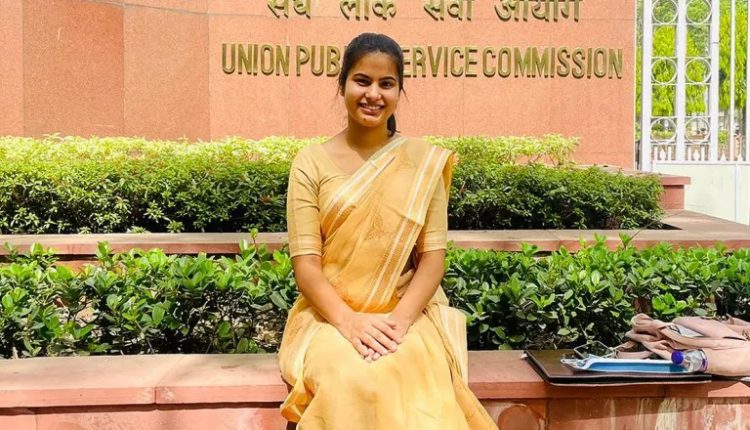 New Delhi: In the final results of UPSC Civil Services 2021, declared recently, women at the apex, secured the top 3 ranks. Muskan Dagar, alumna of Apeejay School in Charkhi Dadri (Haryana), too secured an impressive All India Rank in her first attempt itself.
Muskan Dagar started her preparation in 2020 during the lockdown period. Speaking about her strategy for the examination, Dagar covered most of the syllabus with self-study. In fact, Internet was the only source to study throughout her preparation journey. She took coaching classes only for her optional papers. For instance, she attended History classes and referred to study material as it was not her core subject in class XII and she lacked a background in it.
Dagar completed her senior secondary education from Apeejay School, Charkhi Dadri with 94.4% and pursued a graduation BSc degree from Hindu College, University of Delhi in 2020. Alongside, her academic consistency, she loves to read fictional novels and relishes cooking in her spare time.
Despite the long and challenging journey, Dagar never gave up and was persistent. Her accessibility to the course material was limited since most of the hubs were located in Delhi. Sharing her success mantra, she said, “Push through hard because deep down you know, you can achieve anything! Don’t rely on external support and believe in yourself.” This paved her path toward attaining the goal.
She comes from a family of farmers in Sehlanga village of Jhajjar district, Haryana. Despite, her humble bearings the family has supported her in attaining the required exposure. Dagar added that her school environment was very congenial and fostering which enabled the development of her abilities.
Her strong record of academic excellence and achievements throughout her schooling bears testimony to her exceptional capabilities. She topped the class as well as became the Head Girl and Vice-Captain in XII standard. These leadership positions served as a confidence booster and made her realise her hidden potential at the time.
Coming from a village, Dagar mentions how the patriarchal norms are now evolving with time. Owing much to the government introduced schemes, women in her district have access to opportunities. Besides, the success stories of Haryana Women attaining new heights have motivated many parents to support and enable these girls to seize the opportunities.
Talking about myths in Haryana, she added that women belonging to her state have always been subjected to certain stereotypes. They are often attributed as being rude, however, she states, “That’s not the case. In fact, it is a sexist approach. I feel that we know our minds and are able to communicate well….we are strong-willed and are up to taking challenges head-on.”
She advises girl students to dream big and push through in the face of hardship.

University of Nottingham: Boost to power up university battery research with Faraday…

University of Nottingham: Death from alcohol-related liver disease could be prevented…