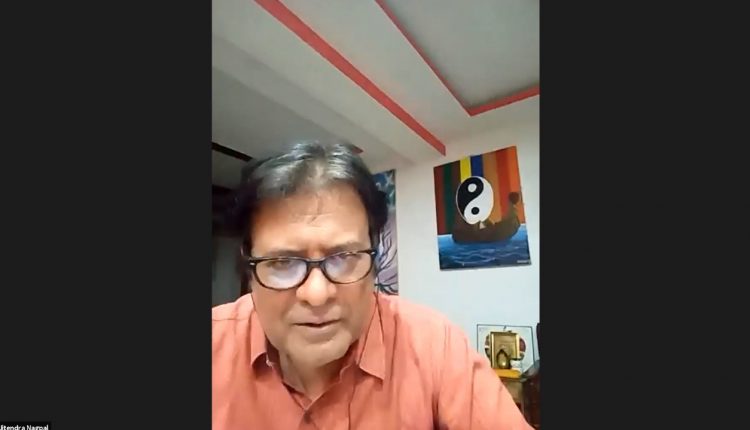 By India Education Diary Bureau Admin On May 29, 2021
Share

New Delhi : In wake of the present dreadful wave of the pandemic, mental & emotional well-being is emerging as a prime concern. In this scenario, Apeejay Education recently organised a webinar on mental health for its school principals, teachers, students, parents, and other members of the staff.
Titled ‘Reaching Out – Connecting Hearts,’ the webinar was resourced by Dr. Jitendra Nagpal, who is heading mental health department at Moolchand Hospital, New Delhi and is the Program Director, Expressions India. The purpose of the webinar was to help everyone cope up emotionally with the present situation which is unprecedented in its magnitude and gravity causing immense fear, worry and concern.
Speaking on the session, Dr Jitendra Nagpal, opined: “We have thermometers and oximeters to check the body’s temperature and oxygen levels respectively. However, there is no device to check people’s mental health. It can only be through compassion, empathy and conversations with people.”
Through a lively and interactive session the webinar brought to the fore that to deal with the emotional ramifications of the crisis, – protection, preparation and partnerships are important. Dr Nagpal also expressed that the feelings of children should be open to discussion as children at times are not able to express themselves.
During the session, Dr Nagpal observed that adolescents are highly vulnerable to mental health issues during the pandemic. Parents need to deal with them in a friendly manner to understand their issues and thought processes.
Dr. Nagpal emphasised the importance of gathering strength from the experiences of elders in families. “Elders in our families can play a great role in boosting our mental health. Ask them to share how they coped with similar difficult situations in their lives,” Dr. Nagpal said. Sharing his concerns on the disturbed sleeping patterns of people during the pandemic, he recommended taking care of quality sleeping times at night.
The session was followed by a question and answer round where teachers took guidance from Dr. Nagpal on handling children’s queries and anxieties at tricky situations during the pandemic. Dr. Nagpal also suggested that schools and institutions should build up a continual relationship with students even during the summer vacation by conducting special sessions.
Apeejay Education has held a series of such webinars and sessions on the issue of mental health in the present scenario and more are on the anvil. It firmly believes that a psycho-social preparedness should be part of disaster management lessons and mock drills conducted in the institutions. Apeejay Education is in the process of integrating the special training of teachers on the sensitive issues of mental health, so that they in turn can help the students when they require it. This is being done as part of capacity building programme.

iednewsdesk Jun 22, 2022
Scientists at the University of Birmingham have invented a new method to encourage bacteria to form…

University of Wisconsin-Madison: Mnookin gets a Madison preview