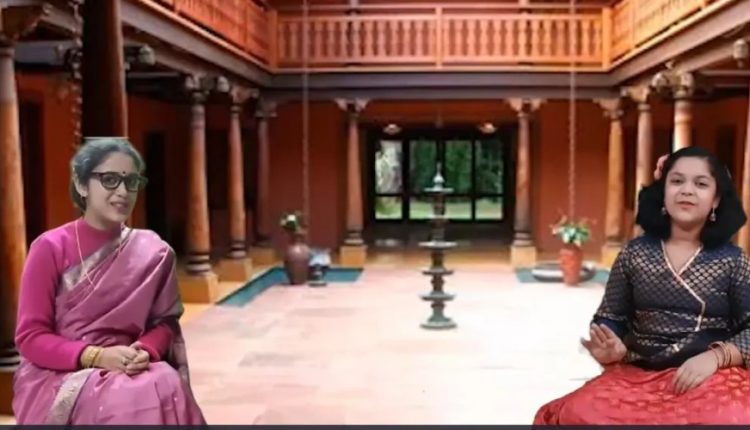 Noida: Echoing the spirit of ‘improve, improvise and upgrade’, Apeejay School at Sector-16 of Noida celebrated its annual appreciation day with great fervor and enthusiasm in virtual mode.

Delivering an inspiring speech, Ms. Ritu Maheshwari, IAS, said: “Apeejay School, Noida has contributed to community building in Noida and the school continues to nurture good citizens of the country. The pandemic has been a tough phase in our lives, and it has been the toughest on children. The school being the temple of learning and family being a primary pillar of support, our role has become all the more crucial at present. My advice to students at this time is to never step back in the face of failure or challenges. Learn to transform them into opportunities. Once you have passion and the spirit to excel, by working hard in that direction, you will become an achiever.”

Speaking at the occasion, Mr. Aditya Berlia shared how the all schools under the ambit of Apeejay Education including Apeejay School, Noida, emerged as technological innovators and came up as resilient champions.

He said: “In the beginning of Covid-19, Apeejay was among the first to shift towards a complete online mode of education. This could only happen due to the hard work of parents, teachers, students and staff. Our successful transition is a validation of our investments in cloud-computing and teacher-training programmes.”

Highlighting crucial values to become a 21st century citizen, Mr. Berlia said, “During Covid-19, after speaking with our alumni across the world, the one thing that stood out was ‘values and character-building’ – which they said have helped them become successful in their lives. Graduates of our school are living embodiments of it. Our students, parents and faculty have built the school brick by brick, and the reputation of the institution carries with them each day!”

In his address to the audience, the School principal Mr AK Sharma expressed how the school is following the ideals of late Dr. Stya Paul, Founder-Chairman, Apeejay Education. Besides, he expressed his gratitude towards Mrs. Sushma Paul Berlia, Co-Founder and President Apeejay Stya and Svran Group, Chairperson, Apeejay Education and Co-Founder and Chancellor, Apeejay Stya University, under whose guidance and mentorship the school is succeeding by leaps and bounds.

The principal also read the annual report of the School. Students of the School demonstrated their excellent skills during various creative and co-scholastic performances.

Ms. Rama Chugh, Senior Director Sourcing Operations and Analytics at GAP, an alumni of the school who attended the event, said: “I was part of the very first batch at Apeejay School, Noida when the building was just coming up. Apeejay has been with me throughout my life and its role in character-building and values have contributed to take me forward in my career.”

Another alumni of the school, Ms. Parina Sood, Batch 2003, who has worked as a Programming Head in many radio channels, said, “To our young learners, I would say that this is an impressionable age, so get inspired rather `than being influenced. Don’t let anyone decide your self-worth. Remember, balance is over brilliance so try to lead a holistic life.”

Mr. Nipun Malthora, Batch 2005, Co-Founder and CEO of Nipman, Founder of Wheels for Life and Executive Director of Nipman Fastener Industries said Apeejay School, Noida has been inclusive and disabled-friendly since its inception. “The school has been ahead of its time.”

The attendees appreciated the efforts made by the school and the students for organizing the event splendidly.

About Apeejay School Noida: Apeejay School, Noida, promoted under the aegis of the Apeejay Education Society, was founded in the year 1981 by the great visionary Dr Stya Paul.
Apeejay School, which is counted among the best schools in Noida, is spread over a sprawling, lush-green campus of 16 acres. Situated in Sector 16-A, it provides a peaceful environment con-ducive for learning and holistic development of children.
The School, which started with just 186 students on its rolls, has already celebrated 40+ glorious years of its inception. Despite its extremely modest beginnings, the School has established itself as one of the top schools in Noida and has carved out a niche for itself with high academic standards and excellence in various co-curricular activities. The School was affiliated to the CBSE in May 1983. The first batch of the All India Secondary Exam was sent in 1984 which brought first division to all 11 students who appeared in the Exam. The first batch of Class XII was sent in 1985. In the same year, to meet the demand of outstation students clamouring for admission, the School hostel was started with 8 students.
The School started its first computer lab in 1992 and introduced an extensive Computer Aided Learning programme (CAL) in 1996-97. As one of the top CBSE schools in Noida, the School is committed to ensure all-round development of students by encouraging them to actively partici-pate in various activities such as sports, public speaking, drama, recitation, creative writing, mu-sic, dance, fine arts, etc.