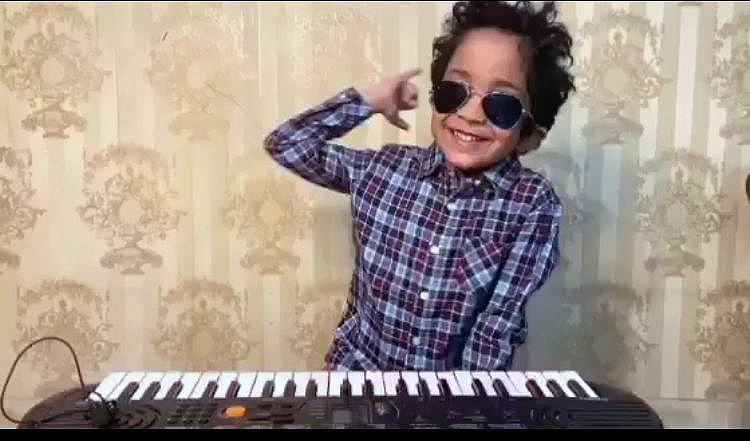 New Delhi : Bringing glory to his School and the city, a class III student of Apeejay Svran Global School, Dhruv Pandit, gets accolades from the India Book of Record for winning the maximum number of awards in a single academic year.

The commencement of Dhruv’s journey for this record happened in 2021 when he was in class II. In a year’s span, Dhruv won numerous awards in varied fields such as science, language, music, and sports, among others. These titles included various inter-school, inter-state and national level competitions.

In fact, Dhruv’s achievements have a wide range testifying to his multifarious talent in both scholastic and co-scholastic areas that include Olympiads, Martial Arts tournaments, Abacus competitions and even the Spell Bee event. In all these areas, Dhruv had won 42 titles in the academic year 2021-22; of which, the Indian Book of Records accredited 37.

Describing Dhruv’s journey and his achievements, his mother, Dr. Meenu Pandit, observes: “This is just the beginning for him. Dhruv has got the best from everyone in his family. No one at our home sits idle, neither we the parents nor Dhruv. Wherever he comes across some concept, he reads about it. There is a continuous process of learning. If we are reading something, Dhruv also reads something. If we are listening to music, Dhruv also plays something on his keyboard. There is a continuous learning process throughout the year at our home.”

“Dhruv is versatile and he tries to excel in everything. He actively tries to learn new things. In fact, he likes to do everything apart from eating,” Dr. Pandit quips.

On being asked about his favourite one among the competitions, Dhruv told that he enjoyed the academic and music titles a lot. He rejoiced in the Science Olympiad too.

Acknowledging the School’s role in Dhruv’s achievement, his mother says: “For the Science Olympiad Foundation, the Apeejay Svran Global School conducted special classes for all students, two months prior to the exam. He secured 17th rank in the International Science Olympiad. Besides, the school nominates him in many inter-school competitions.”
In near future, Dhruv will be participating in a mega-talent hunt programme in Faridabad where he will be singing a song while playing music on his keyboard, Dhruv’s mother informs.

Universal Business School welcomes its most diverse class of 375 students from 27 States, 2 countries