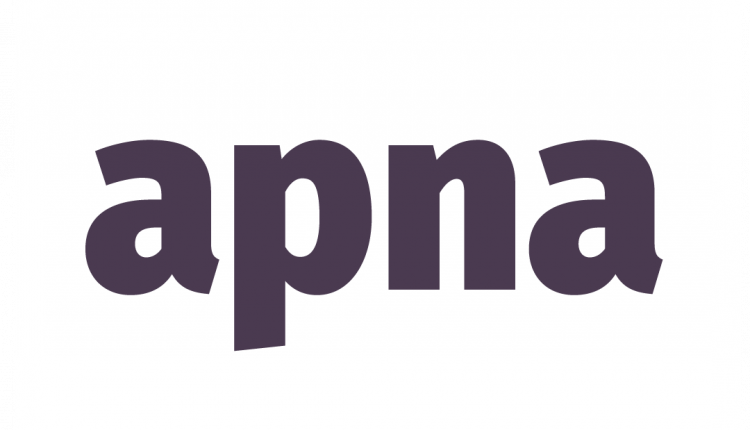 New Delhi: apna, India’s largest jobs platform & professional network for the rising workforce, has secured about $100 million in series C funding led by Tiger Global. The round also saw participation from Owl Ventures, Insight Partners, Sequoia Capital India, Maverick Ventures and GSV Ventures. With this round, apna has attained a total valuation of $1.1 billion. ‘Made in India, for the world’, apna aims to go into overdrive to sustainably solve the immense challenge of unemployment, poverty and upskilling.

apna has grown 125x over the past 15 months and is currently conducting 18 million interviews each month. In the future the company plans to use the proceeds to further strengthen its presence in existing 28 cities and expand pan-India by the end of 2021 to help accelerate India’s economy. The team plans to double down on their edtech platform for skilling and invest in hiring exceptional talent and building world class engineering and product capabilities. apna plans to build a global enterprise by venturing into new markets such as the USA, South East Asia, and Middle East & Africa starting in 2022.

Sharing his views, Nirmit Parikh, Founder and CEO, apna, said, “apna has a deep social purpose, and is committed to discovery and creation of opportunities to enhance a billion livelihoods, across geographies. With the continued support of our partners, we aim to accelerate our journey of ‘solving for the world’.”

Bollywood star Tiger Shroff to root for Indian gamers as…

In a short period, apna has become the preferred choice of employers to hire the right talent. Several of India’s leading companies, such as Zomato, Bharti AXA, Urban Company, BYJU’S, PhonePe, Burger King, Delhivery, Teamlease and G4S Global rely on apna to address their most urgent and critical hiring needs. apna has facilitated about 100 million interviews via the app in less than two years.

Partnering with Owl Ventures, the largest education technology VC in the world, will help bolster apna’s global ambitions in the skilling space. Amit Patel, Managing Director Owl Ventures, said, “We believe that apna has the potential to fundamentally shift how companies approach hiring skilled professionals and how these individuals approach networking and upskilling. The apna team is creating an innovative technology led solution that has already shown tremendous traction by facilitating close to 100 million interviews in approximately two years, and that is just the beginning. By incorporating learning and upskilling offerings to drive strong outcomes for its user communities, apna is building an end-to-end solution that has the potential to help individuals over the course of their career and not just in a single interaction. That repeated interaction and trust they are building on their platform can profoundly impact not just India but the global talent ecosystem.”

Throughout the pandemic period, apna has supported business continuity by helping employers connect with and hire interested candidates in their vicinity. After taking concrete steps to accelerate India’s recovery, the company is committed to continue to solve employment and skills related problems for the world. apna has partnered with organizations such as, National Skill Development Corporation, UNICEF Yuwaah, Truecaller, Akzonobel, and the Ministry of Minority Affairs of India, in their endeavor to provide better skilling and job opportunities to candidates.