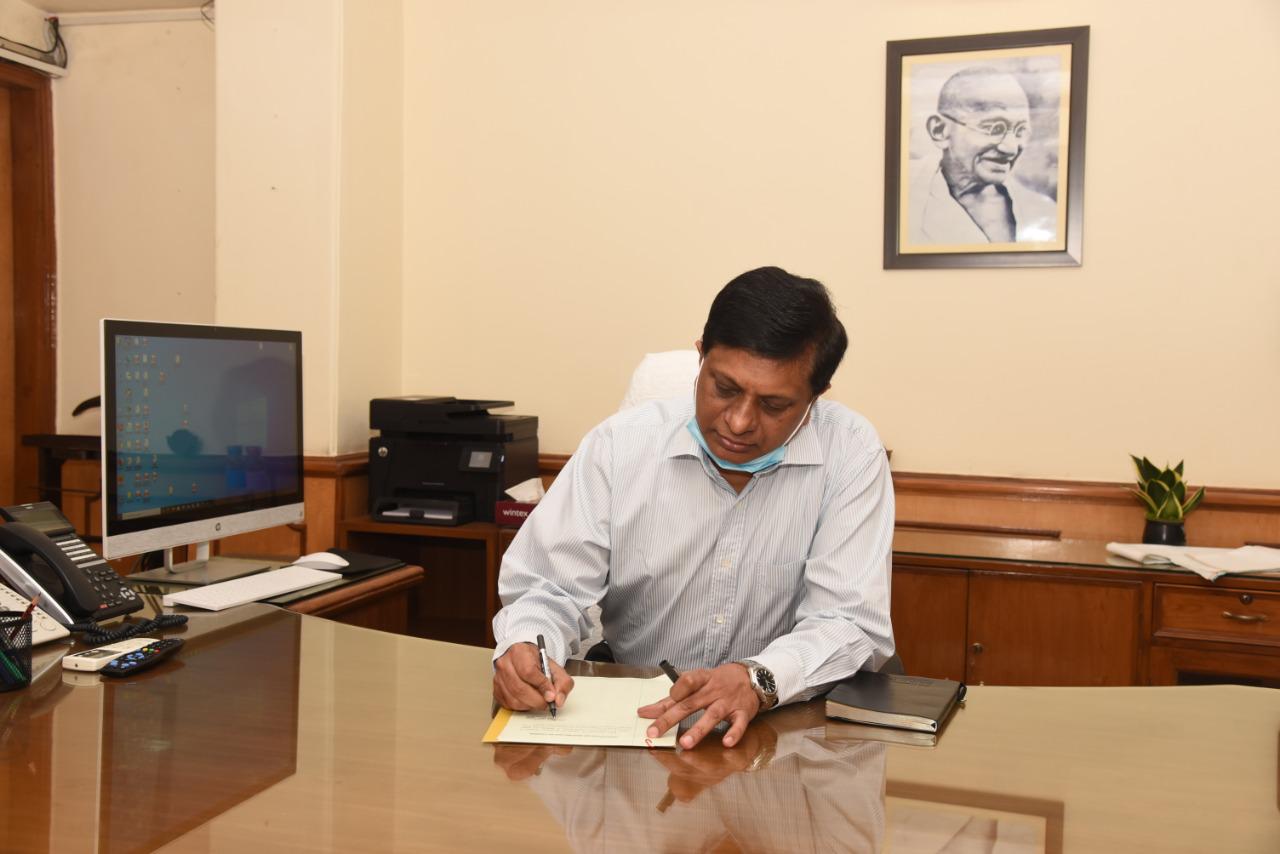 New Delhi: Apurva Chandra who belongs to the 1988 batch of the Indian Administrative Service (IAS), Maharashtra Cadre assumed charge as new Secretary, Ministry of Labour & Employment here today. Prior to this he was serving as Special Director General, Defence Acquisition, Ministry of Defence, a position where he played a key role in contributing towards AtmaNirbhar Bharat in terms of greater defence acquisition from domestic industry and at the same time keeping Defence Forces equipped with all its challenging requirements.

Shri Chandra has spent more than seven years in the Ministry of Petroleum & Natural Gas in the Government of India. He has been involved in framing policies with regard to fuel supplies to industries, supply logistics, transportation, storage & distribution of fuel products etc. He was directly associated with Natural Gas transportation infrastructure, setting up of city gas distribution companies, LNG import terminals and allocation of gas to industries. Shri Chandra has served on the Board of Directors of Maharatna PSU, GAIL (India) and petronet LNG. Shri Chandra also served as Joint Secretary, Union Ministry of HRD, Department of School Education & literacy from August 2011 to February 2013.

Shri Chandra has worked for over four years between 2013 and 2017 as Principal Secretary (Industries) in the Government of Maharashtra. Maharashtra led the country in attracting FDI and other investments over the period. Shri Chandra was instrumental for a slew of new policies like Electronic Policy, Retail policy, Single Window Policy to attract new investments. The first smart industrial township under the Delhi-Mumbai Industrial corridor (DMIC) has operationalized at Aurangabad in Maharashtra under the leadership of Shri Chandra. More than 70 clusters for MSMEs have been operationalised to make available modern technology through common facility centres. Leading industrial players like General Electric, General Motors, Volkwagen, Mercedes, Fiat Chrysler, Mahindra, Posco, Emerson, LG, Haier etc. have invested in Maharashtra during Mr. Chandra’s tenure.

Shri Apurva Chandra joined as Director General (Acquisition) in Ministry of Defence w.e.f. 01.12.2017 with the mandate of strengthening the Indian Armed Force by expediting the acquisition process. He chaired the Committee to draft the new Defence Acquisition Procedure. The DAP 2020 has come into effect from 1st October 2020 and will go a long way in promoting Atma Nirbhar Bharat while expediting the procurements for the Armed Forces.

Sudarshan Suchi appointed CEO at Save the Children, India