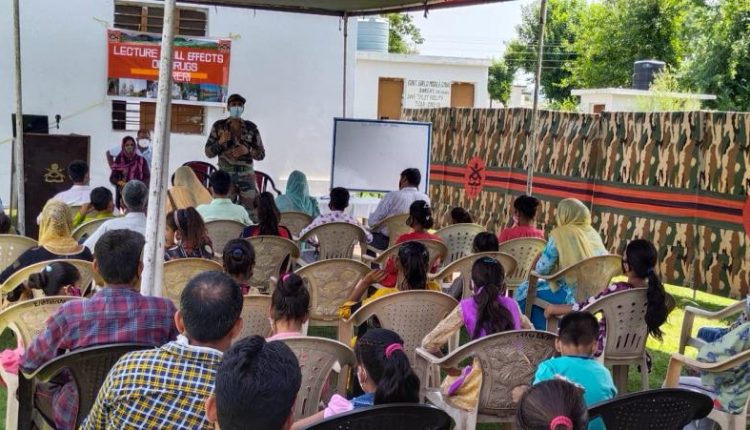 Drug addiction has become a problem worldwide amongst the youth. The seminar started with the opening remarks of Anita Devi, Sarpanch, Bareri village. She elucidated on the importance of educating society on the ill effects of drugs.

The audience was given an informative lecture on the ill effects of drugs by the military medical Doctor from Kalal Rashtriya Rifles. The students were briefed in detail about the early symptoms of drug abuse and preventive actions against it.

The programme was conducted in a very cordial environment followed by an interactive session in which the youth also contributed with their thoughts on drug abuse.

The aim of organising this event was to create awareness among the youth and general public about the dreadful effects of drugs and steps to be taken to eradicate this menace from society.