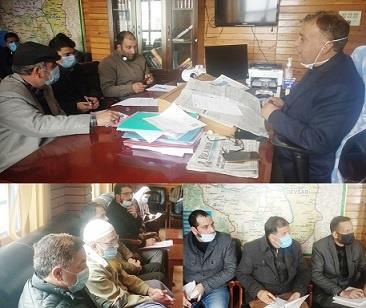 Kulgam: The District Administration Kulgam is going to organise a Job fair for young educated youth of the district in the coming days.

This was revealed during a meeting of the District Skill Committee which met here under the chairmanship of Deputy Commissioner (DC) Kulgam, Showkat Aijaz Bhat.

During the meeting all arrangements were reviewed and finalized for making the job fair a great success during which placement of youth in different companies will be held.

It was informed that local and national companies will participate in job fair for placement of young educated youth in these companies.