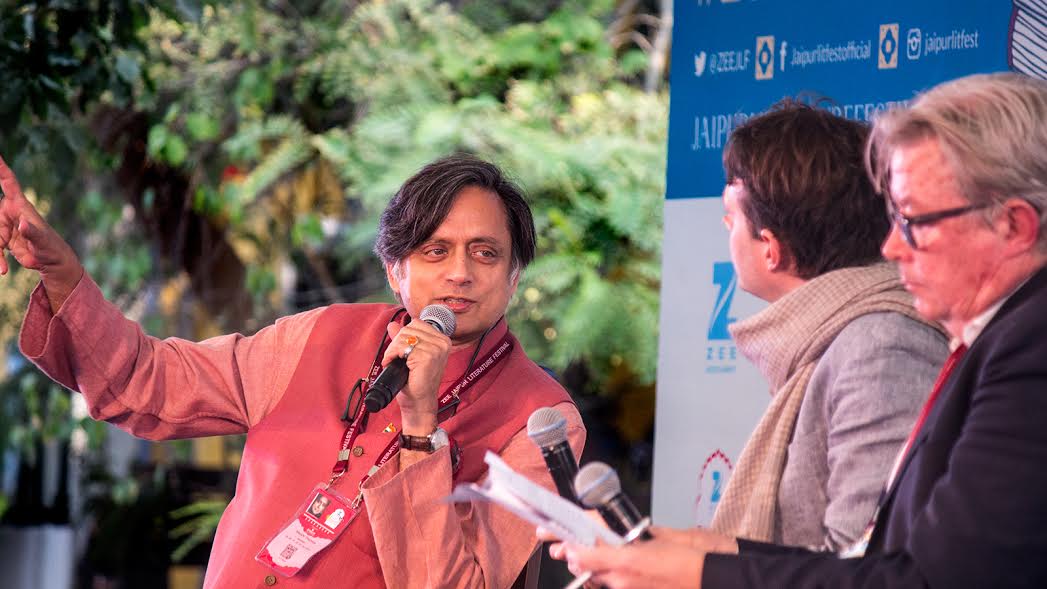 May 20, 2022
The day continued with fascinating sessions from writers including Prasoon Joshi, Ashwin Sanghi, Paul Beatty, and Sebastian Smee. India’s leading teen authors Anusha Subramanian and Zuni Chopra gathered with Ira Trivedi to discuss their commitment to writing and the rewards and challenges of being teen authors. Historian Suzannah Lipscomb delved into the passionate relationship between Henry VIII and Anne Boleyn. Javek Akhtar examined the heart of Bollywood cinema and looks at how the iconic figures are that personify our present day morality.
Philip A Lutgendorf and Shubha Vilas joined Arshia Sattar in a conversation about Lord Hanuman to discuss the deeper aspects of the revered monkey god. Photographer Christopher Sykes got the job of a lifetime commissioned by The Rolling Stones, the biggest rock band in the world at the time to photograph backstage through their monumental tour of America in 1975, he shares an intimate picture of his time with the band.
Historical fiction came under examination in Rewriting History: The Art of Historical Fiction looking at how you write a novel set in a period of history long before you were alive with some of the best in the world, Adam Thirlwell, Alan Hollinghurst, Chitra Banerjee Divakaruni, Shazia Omar and Namita Gokhale. The day’s sessions were rounding off with Mallika Dua, a one woman band and viral internet sensation who stepped out to talk about her life as a full-time nautanki.
The Ojas Art Award, now an annual fixture of the festival celebrating and encouraging excellence in the tribal and traditional art space, was awarded today at ZEE JLF. Both master and protégé artists were recognised with the award which entails a cash prize of INR 51,000 and 31,000 respectively. For 2017, the focus is on Bheel Art, a tribal art from Rajasthan and Madhya Pradesh.
The Master Artist, Ojas Art Award 2017 for Bheel Art was given to Lado Bai, a Bheel artist who belongs to the pioneering early group of artists of this genre. With the encouragement and support of the Indian modernist Jagdish Swaminathan she developed a contemporary language based out of the traditional Bheel art. Her work can be seen on display at Diggi Palace during ZEE JLF 2017.
The Protégé Artist, Ojas Art Award 2017 for Bheel Art was given to Subhas Amaliyar. He has been painting for the last 4 years and learnt his art from his mother Gangu Bai, an eminent Bheel artist. His book Visit the Bhil Carnival, published by Tara Books is based on his artwork on the Bheel carnival of Bhagoria. His work too is on display during ZEE JLF 2017.
Tonight is the last day of Clarks Amer Music Stage which has been hugely successful in 2017. On its final night, the ZEE Jaipur Literature Festival’s music stage hosts the world-class line up of Lisa Hannigan, Aga Khan All Stars and The Raghu Dixit Project.
Lisa Hannigan’s haunting voice has featured on soundtracks for TV series Fargo and Oscar-winning Gravity, her new album At Swim is her most bewitching yet. Leading artists from countries along the ancient Silk Road will come together in the Aga Khan All Stars representing a present-day incarnation of the legacy of inter-cultural connectivity along the fabled Silk Route. Bringing Clarks to a close is the infectious happy music of one of India’s biggest cultural and musical exports, The Raghu Dixit Project.
This evening ZEE Jaipur Literature Festival also plays host to a BBC World Service radio show, The Arts Hour on Tour. Recorded in front of a live audience Nikki Bedi will introduce and interview live bands Raghu Dixit and Kabir Café, comedian Aditi Mittal and author Vikram Chandra in a programme jam-packed with music, humour and lively discussion. Nikki will also hear from singer and Bollywood actress Monica Dogra – half of Mumbai-based electronic rock duo Shaa’ir and Func and a judge on The Stage – India’s version of The Voice.  The programme will air on BBC World Service on 30 January 2017.
Tomorrow is the final day of ZEE Jaipur Literature Festival 2017.
Share FacebookTwitterGoogle+ReddItWhatsAppPinterestEmail

iednewsdesk May 20, 2022
Numerous RWTH employees were honored at the RWTH Guesthouse for 25 or 40 years of service to the University. RWTH…