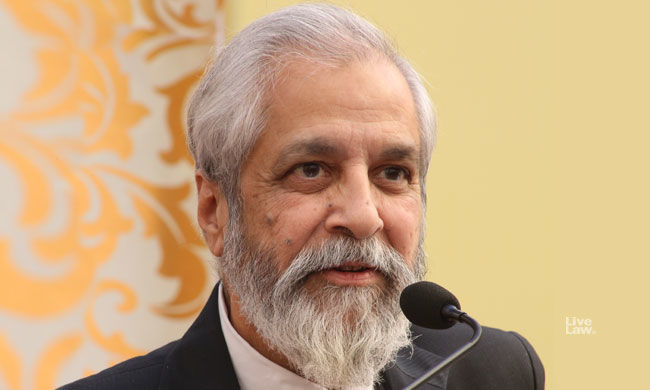 As citizens, we owe it to the marginalized to ensure they get social justice”: Justice Madan B Lokur

Bengaluru: “We are still struggling with ensuring social justice to all. The pandemic, the huge migration of guest workers, unemployment and the financial crunch has shown this up starkly,” said Justice Madan B Lokur, former Judge of the Supreme Court of India, in his inaugural address at the XV International Conference on Public Policy and Management, hosted by IIM Bangalore’s Centre for Public Policy, today.

“While it is hard to define social justice, I believe it means equal treatment for everybody in all walks of life and in all spheres of life. For instance, freedom of speech, freedom of movement, freedom to assemble peaceably without arms, equal opportunity for employment, freedom of profession, should be available to all – irrespective of caste, community, religion, gender etc.,” Justice Lokur explained.

Pointing out that there are four categories of instances which the Supreme Court has come across and tried to address, Justice Lokur listed them as instances where laws exist but aren’t being implemented in letter or spirit (child abuse, manual scavenging, environmental pollution, etc.); where there is a need for a law but there is a delay in enacting it (sexual harassment of women at the workplace that resulted in the Vishaka guidelines in 1998 but the law came in 2013 – 15 years after the SC’s order, abortion laws where the law remains at limiting it at 20 weeks though medical evidence allows it up to 24 weeks, the concern of human trafficking, etc.); where there is no law but there is a need to make a law (widows of Vrindavan, prison reforms where discussions have been going on since the 1980s, rights of those in the unorganised sector – tea estate workers, brick kiln workers etc.); and where the Supreme Court has creatively interpreted the Constitution of India and has given meaning to certain aspects of social justice (laws against discrimination of transgenders/ LGBT community, prevention of child marriage, etc.).

“Over the years, from 1950 onwards, we have come to accept a larger number of communities/ groups which are disadvantaged. This recognition came to the courts in the early 1980s when a petition was filed in the Supreme Court on bonded labour in mines,” he said, drawing attention to the fact that the Supreme Court took it up and issued a judgement that freed almost 30,000 people. “However, bonded labour still exists, exploitation of women and children still exists – what are we doing about all this and what social justice are we talking about?”

Dudes and Dolls World, by Ritesh Rawal, an innovation in the…

Observing that access to justice is not easy, Justice Lokur referred to the Bhagalpur incident where suspected criminals were blinded by the police and spoke of how the Supreme Court gave the right to access to justice (where public could send petitions on post cards) that gave an opening to large sections of society to approach the courts and raise issues of social justice.

He emphasized that courts cannot keep silent when laws are not being implemented, Justice Lokur said it is the constitutional obligation to ensure social justice for all. “Courts cannot forget the theory of checks and balances. The Executive cannot call this over reach of the courts. If the Executive does its job, nobody will come to the courts,” he argued.

Justice Lokur hoped the concerns of the vast majority of the Indian population would be included in public policy and expressed happiness that the conference is themed around such issues. He also expressed his desire to see research institutions like IIM Bangalore engage more actively with the public policy issues, including judicial reforms and process re-engineering to address current challenges.