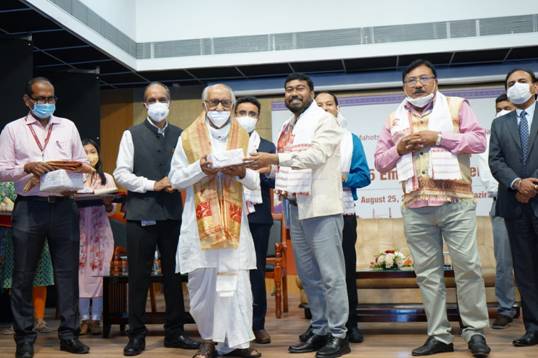 Speaking on the occasion, Shri Teli said the idea of celebrating India’s Independence as AzadikaAmritMahotsav is conceptualised by Hon’ble PM of India, Shri Narendra Modi. There are several programmes lined up to commemorate this important of year of India Independence.

The eminent persons who have contributed in various spheres of development of the nation includes Freedom-fighters, Agriculture, Science, Sports, Education and Social Service were felicitated on the occasion.

The program was graced by Shri Jogen Mohan Assam’s Minister for Revenue and Disaster Management, Hills Area Development, Mines and Minerals, and other dignitaries.