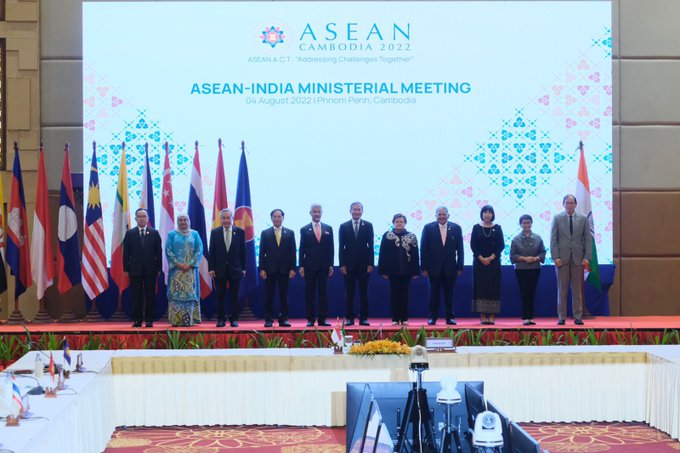 The ASEAN regional grouping has said that Myanmar will not be allowed to participate in any of its meetings till it shows progress on the peace plan. ASEAN Chair Cambodia’s Foreign Minister and Special Envoy on Myanmar, Prak Sokhonn said that Myanmar must act in a way that shows progress is made in the peace plan. Earlier, in the joint communique of the 55th ASEAN Foreign Ministers meeting issued on Wednesday, the regional grouping expressed its concern over the prolonged political crisis in Myanmar and execution of four opposition activists.

It expressed deep disappointment at the limited progress and lack of commitment of the Nay Pyi Taw authorities towards the implementation of the Five-point consensus. The Five-point consensus of ASEAN reached on 24th April 2021 at Jakarta, Indonesia, called for immediate cessation of violence in Myanmar and constructive dialogue among all parties to seek a peaceful solution. It called for the special Envoy of ASEAN to facilitate mediation of the dialogue process who will visit Myanmar to meet with all parties concerned.

On the Rohingya issue, ASEAN reiterated support to facilitate voluntary return of the displaced persons in a safe, secure and dignified manner in accordance with the bilateral agreement between Myanmar and Bangladesh. It expressed the willingness of ASEAN to support and facilitate the full implementation of the arrangement on the return of displaced persons from the Rakhine state signed between Myanmar and Bangladesh in 2017.

University of Saskatchewan: Pewaseskwan at USask to work with The Key First Nation and Yorkton Tribal Council on researching heart disease and Kennedy’s Disease