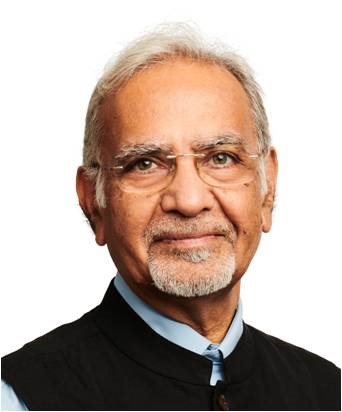 New Delhi: Ashoka University, the leading Liberal Arts and Sciences University in India, today announced the appointment of Dr.Lalit Kant as a Senior Adviser. Dr.Lalit Kant has previously been the Deputy Director General of Indian Council of Medical Research (ICMR), India’s top medical research policy and funding agency. In his role as a Senior Adviser at Ashoka University, Dr. Kant will further biomedical research at the University, facilitate collaborations with hospitals, establish workflow as per the highest ethical and regulatory standards, enable translational research and mentor the faculty. Dr Kant joined Ashoka on 9th April 2021.

Dr.Kant comes to Ashoka University after over 25 years at Indian Council of Medical Research (ICMR). Previously, he has also served at the India office of Bill & Melinda Gates Foundation and Public Health Foundation of India (PHFI) as Senior Advisor.

Welcoming Dr. Lalit Kant to Ashoka University, Professor Malabika Sarkar, Vice-Chancellor, Ashoka University, said, “Ashoka is committed to conducting cutting-edge research in different disciplines including biomedical research. Dr. Lalit Kant brings his expertise and experience to Ashoka in this domain to build bridges with hospitals at a time when such collaborations are critical to the future of public health management in the country.”

Prof Shashidhara, Dean (Research) of Ashoka University, said, “Dr.Lalit Kant is one of the most respected and trusted names in medical research. I am confident that he will be able to mentor our faculty to pursue great science of high societal impact.”

According to Dr. Lalit Kant said, “I look forward to working with Ashoka University’s renowned faculty on high quality and cutting edge biomedical research projects. Research collaborations between the University and hospitals are important and I hope to enable such partnerships. There is a need for high-quality scientific research, especially health research that connects seamlessly to society and contributes to strengthening the Indian health infrastructure.”