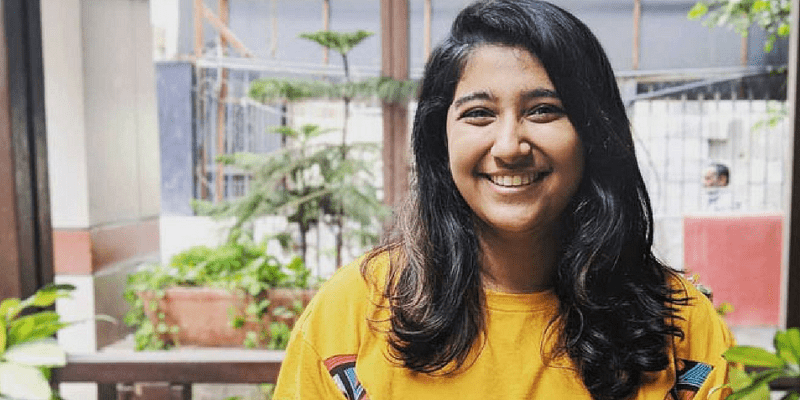 Mumbai: Garvita Gulhati, aged 20, Founder, ‘Why Waste?’ from India has been recognised with the prestigious – The Diana Award, a recognition for highly inspiring efforts of a young person for social action or humanitarian efforts. Established in memory of Diana, Princess of Wales, the Award is given out by the charity of the same name and has the support of both her sons, The Duke of Cambridge and The Duke of Sussex.

Brought up in Bangalore, India where water is a precious and increasingly scarce resource, water warrior Garvita founded ‘Why Waste?’ five years ago to make individuals and institutions more aware of water conservation. The largest youth-led organisation of its kind in the country, ‘Why Waste?’ is changing mindsets and habits through achievable activities, including its ‘glass half-full’ and the ‘How to Save 100 Litres Every Day’ app. Garvita and her team have also distributed a free a book of sustainability stories to help underprivileged students understand the climate crisis. Described by a BBC reporter as the Greta Thunberg of India, Garvita is now taking her water conservation vision to the world stage.

Receiving the award in a virtual ceremony Ms. Garvita Gulhati, Founder, Why Waste said “I am humbled for this recognition and grateful for the intent behind this award to support young people who are trying to make a positive impact. This is truly a recognition of the efforts of my entire team and this reinforces the belief that our efforts matter and together we can change the world”

Garvita was nominated by Ashoka Innovators for the Public, which supports world’s largest network of social entrepreneurs. Ashoka had launched Ashoka Young Changemakers in India last year to create a community of teen changemakers and support their ideas. Ashoka Young Changemakers (changemakers under the age of 20) are the equivalent of Ashoka Fellows in their generation. Mr. Yashveer Singh, Global Executive Director, Ashoka Young Changemakers said, “We are living in a truly historic moment, in a world that is defined by change. Ashoka believes to thrive in this new world every young person needs to grow up as a changemaker – a person who steps up to solve problems for the good of all. Garvita is a powerful co-leader in Ashoka’s “Everyone A Changemaker” movement and her efforts to build Why Waste? and leadyoung at schools have inspired thousands of young people across India”

All The Diana Award winners are shortlisted through a rigorous nomination process from across the globe, and nominators have to demonstrate the nominee’s impact in five key areas: Vision, Social Impact, Inspiring Others, Youth Leadership, and Service Journey.