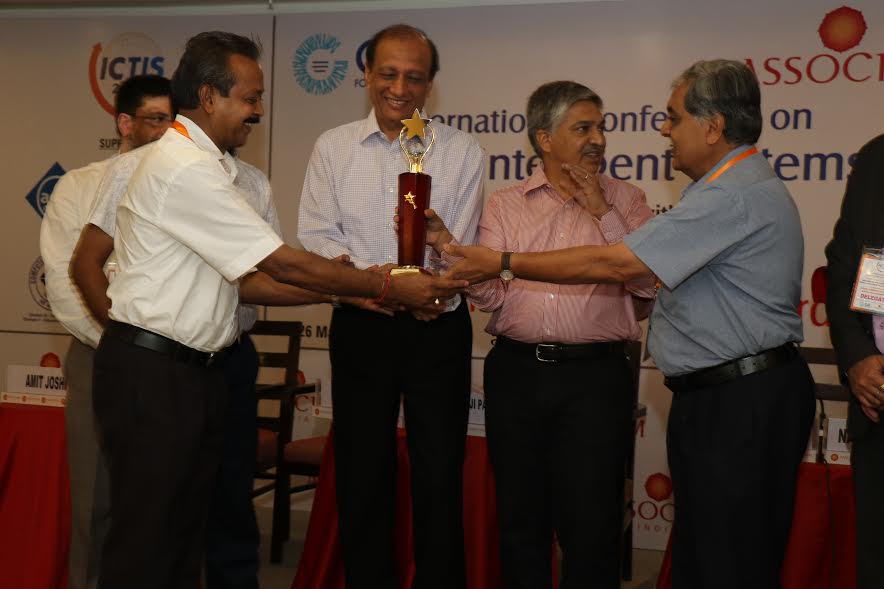 The awards have been conferred during the inaugural function of the Second International Conference on ICT for Intelligent Systems (ICTIS 2017) held at Hotel Pride Plaza, Ahmedabad on Saturday, 25th March 2017.

The Associated Chambers of Commerce & Industry of India (ASSOCHAM), the knowledge architect of corporate India, facilitating reach of India to all businesses and academia around the globe, for their excellence and innovation as change maker.