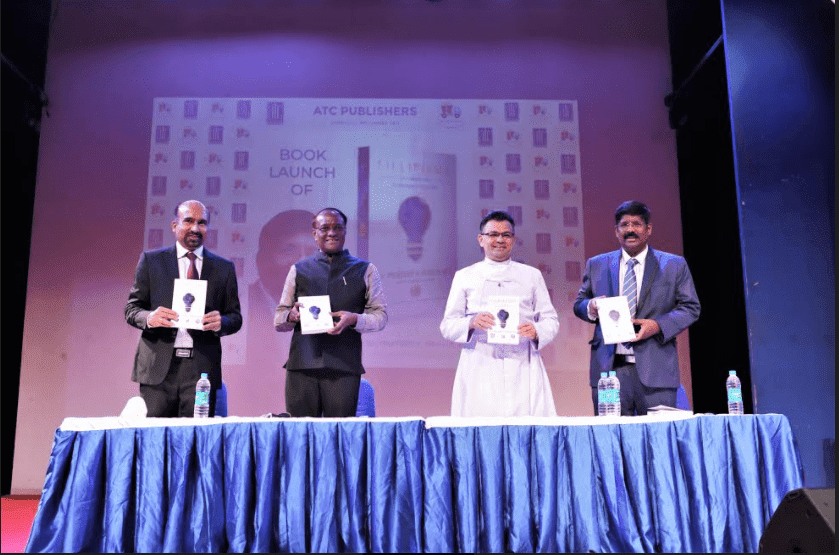 ‘FILLIPISMS’ is a word coined by the author to characterize his unique and original maxims that are simple, pithy, full of puns, metaphors, written mostly over the past 10 years but drawn from his three decades of experience and reflection in the force. It consists of 3333 maxims which incidentally breaks the record of maxims or sayings written by a single individual in any language which is recorded in the Asian Book of Records and The Worldkings World Record Union. The maxims have been organized into 33 chapters of 101 maxims each, for the sake of convenience and reference. The book covers all of life’s most vital themes like leadership, faith, love, attitude, motivation, and more.

The author, Dr. Prateep V. Philip has an impeccable service record and has had several brushes with death. He is also a survivor of the world’s first ‘human bomb’ assassination – that of former Indian Prime Minister Shri Rajiv Gandhi and carries over 100 steel pieces of shrapnel in him to date. It was the humanitarian kindness he received from an unknown citizen in the aftermath of this traumatic incident, that led him to birth the ‘Friends of Police’ movement – a movement that has received several accolades including the Queen’s Award for Innovation in Police Training and Development, by Her Majesty Queen Elizabeth II; and the SKOCH Gold Award – the highest independently instituted civilian honor in India.

Speaking on the occasion of the launch, the author Dr. Prateep V. Philip IPS said, “I am indebted to my alma mater and ATC for hosting the very first book launch of my magnum opus Fillipisms 3333 Maxims to Maximize Your Life, a historic and global record for maximum maxims by a single author in any language so far.” He was touched by the presence of many dignitaries for the launch and particularly acknowledged the presence of Ms. Louisa Mathias who was his English Lecturer and Head of the Department of English when he was in college, Mr. F T R Colaco, former Director-General of Police (Karnataka) and Fr Swebert D’Silva, Rector of St Joseph’s College.

Commenting on the launch, Nigel Fernandes – CEO of ATC Publishers said, “We are thrilled today to see our dream project come to life. It has been a great honor for us at ATC Publishers to associate with such a great personality and play a role in spreading his message. Dr. Prateep V. Philip is an inspiration to all of us and these maxims are his legacy of inspiration and motivation to the contemporary world.”

“We have been receiving an overwhelming response for this book, and as a result, the book also topped the chart and was ranked #1 on Amazon within a short of time. The book can be purchased at our home portal www.JoyofGifting.com and all other leading online and offline outlets. We urge all readers to buy their copies of this book and are confident that this will surely help them to positively impact and maximize their life.”

The event was compered by Mr. Peter Anil Rego, Managing Director of Brilliant Printers, and Charmaine Kenita, the Founder of Out ‘O’ Box Content had a fireside chat with the author. Brenda Fernandes proposed the vote of thanks. This event was also streamed LIVE on Daijiworld.com.

For more information, on the book and ATC Publishers, please visit

Dr. Prateep, who is an alumnus of St. Josephs College had also been nominated for the International Innovator’s Award of Ash Institute, John F. Kennedy School of Government, Harvard University, and was also invited to attend a global Innovators’ Summit by Harvard University, USA. He has also been awarded the Rashtriya Suraksha Award in the presence of the President of India at the Global Security Conference, New Delhi. As SP, Dharmapuri district, he was instrumental in setting up a Victim Assistance Programme that led to the government setting up a corpus fund of Rs. 2 crores to be provided as assistance to victims.

He was the first senior Civil Servant in India to receive the Gurukul Chevening Scholarship for Leadership and Excellence, to study Globalisation at the London School of Economics. There, he conceptualized a new global discipline – Excenomics, the world’s first Interdisciplinary Study of Excellence.

The book can be purchased on all leading online platforms including JoyofGifting.com, Amazon.in, Flipkart.com, etc The book is also available across all leading book stores in the country.